Empress of Another World 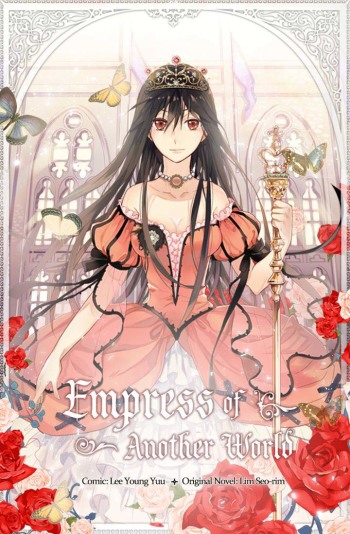 They both have very similar ties and beautiful art styles. I would definitely recommend readers to both of these amazing works.

Both of the stories are about girls that were transported (reborn) into the historical (less advanced) countries and they become (are) part of the nobility.

Both of these stories are about an ordinary high school girl who gets mysteriously transported to another time/place.  Once there, she becomes the bride/concibine of a prince and has to navigate the complexities of court life, from rivals for the throne to rivals for the prince's affection, and an over-zealous and thoroughly evil empress dowager.  Both heroines are bright, confident, and talented, and constantly manage to use their wits and allies to out-maneuver their opponents.  Both stories are also full of romantic and salacious moments between the herione and the prince as their affection (emotional and physical) grows.  If you liked one, you will definitely like the other.

Both feature women from Earth who suddenly find themselves slipped through a portal into a world like similar to that of Earth in the distant past. Though the stories are quite different, they include similar ploat points. Both girls happen to be picked up by a prince - a handsome and talented man on his path to become the ruling monarch. Though this prince doesn't think much of her at first (and vice versa), he starts to fall in love with her. He tries to woo her, but coming on too strong fails as she is a modern woman who believes that dating comes before sex. While avoiding his advances, she desperately searches for a way back to her family - and helps the prince win some political points along the way. In time she finds the portal and her way back home, coming face to face with a decision between seeing her family again or staying with the man that she has grown used to having around (and might even love?).

Orthez Acryl is the Duke of Tesa's eldest daughter. She is a beautiful young lady who managed to capture the heart of the kingdom's crown prince. However, rather than become the crown princess she requested marriage to an Earl of a far away land called Fellua. Two people who never met each other agreed to marry the other. What motivates this two behind their decision?

Pellua iyagi also a story of political mariage that from loveless love to loving each other, both have a really stubborn personality and good at hiding feeling but in pellua iyagi have less emotion that will make you wonder what they really felt

The meeting between Takane and Hana ends in an explosive manner, and Hana is convinced that she’ll never have to see that awful Takane again. But Takane actually seems interested in Hana! Exasperated by Takane’s immature attitude, yet amused and intrigued despite herself, Hana wonders if her hilarious rivalry with Takane just might lead to love!

Takane s character is so great !!😶

He s a proundie, an egoccentric and handsome heir but his personnality totally dismatches with him😜

While reading this I felt like they are similiar, fundementally they are different but I feel like both have the same air about them. IDK how to describe it really.

A cute story, great art, and awesome drama. If you crave that stuff. The plot with a transmigrated to this unfamiliar world where she is made a noble family takes their daughter's place as the king's concubine.

In the worst neighborhoods, the back of a taxi is called the cage. 5326 is the code, Re-Call Red, a revenge call to end all suffering. Need a bully curb-stomped? Call. Your husband cheat on you? Call. Has your business partner stolen all your money? Call and Deke will be there, waiting for you, for them. The Rainbow Taxi offers the full spectrum of special services. Call now.

Officer Park Yoon Hee is a beautiful young detective who has high hopes of being accepted in the Violent Crime Division. However, her father and chief of police, has other plans for her… so instead of the Violent Crime Division he assigns her on the Unsolved Crime Division were nothing ever gets done and there is only 2 staff members including her!The excitement that she most eagerly longs for though, is about to barge in her life when she will meet a mysterious boy…

Thinking she's all by herself on the last train home, Nayeon feels the urge to enjoy herself by fantasizing about her desires. However, a reflection from the train windows show that a mystery man is on the same train. He comes up to her and offers his business card. At the thought of seeing this handsome stranger once more, she takes his offer and arrives at a place called Peach Puff. What is this place? What are these people doing?