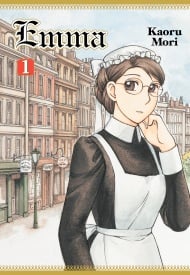 In the late 19th Century, England was effectively split into two ‘countries' - that of the aristocratic and rich, and all those below them. One day William Jones, the young son of a rich merchant, pays a visit to his former governess Mrs Stowmar. When he arrives, there is an instant connection between him and Emma, the hard-working and beautiful young maid who works there. After several chance encounters their attraction deepens, but their difference in social status is something which cannot be ignored. With William's father refusing to give his consent to their relationship and intent on arranging a marriage for him with Eleanor, the daughter of a Viscount, there are an increasing number of obstacles standing in their way. In a society where the relationship between a humble maid and a gentleman is forbidden and one is expected to marry within their social rank, can Emma and William's love survive?

STORY Meh, That's basically what I said after finishing it. Just the way the romance between William and Emma dragged out until the end of the 7th volume, just didn't go with me. ART When I read this I dind't feel like it was in Japan, that's what the character designs normally do for me. No I properlly felt like it was england in 18-whatever. CHARACTERS The characters felt like your average cahracters, except they were put in 19th century england. They fit their roles perfectly, but didn't go beyond expectations. OVERALL I came into this with highish expectations, but was more or less a let-down. But hey in the end I loved it, just the dragging out of the romance, maybe it's historical romances, who knows.

My 1,400th Review! The story proper ends at chapter 52 (the last chapter of volume seven). Meaning that there are three whole volumes worth of extra material and side stories. I'll be honest and say that I was disappointed once I learned that the last 20 chapters weren't going to be showing Emma attending balls and integrating into high society and whatnot. When I first started this story, I had it mentally rated as an 8/10. But as I kept reading, my mental rating kept steadily increasing. The story doesn't stagnate. The characters are great. It seems to lack all the cliches and tropes I see far too often in manga, and instead delivers an immersive historical slice of life. I appreciated that it didn't just pooh-pooh away the issues with the social gap--specifically in regards to hosting and proper etiquette in social gatherings--and instead showed them having to put in extra effort. The love triangle was also handled pretty well. And there was a dramatic twist in chapter 40 which I was not at all expecting and which was very entertaining (and the side story with the girl and the top hat is remarkably engaging and cute as well). The artwork in the beginning was also a bit lesser than what it ended up becoming. I'd say that it's still solid enough in the first few volumes, but there's also more simplicity and the characters' eyes are too far up on the heads. And while the eye issue never really went away, I do think the faces became more detailed and expressive. But more importantly, the backgrounds because absolutely gorgeous toward the end. There is some nudity, but I think it's handled with a decent level of class. At the very least, it feels like less exploitative fan service than what some other manga engage in. The artwork is good enough that it can keep your interest even during panels without dialogue. The episodic chapters in the last three volumes are a mixed bag. Some are good, some are bad. Some focus on relationship drama, some focus on the beauty of nature or whatever. I didn't care for the Crystal Exhibition chapters and I found Eleanor's story at the resort to be dull. I did enjoy the story about the squirrel, the story about the opera group, the story about Arthur's school life, and some of the other ones to varying degrees. 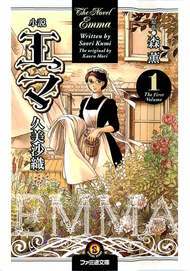 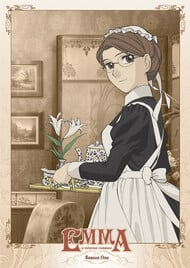 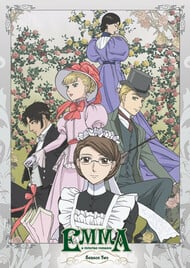 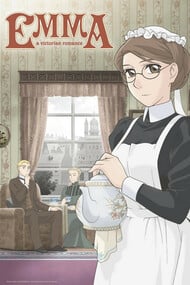