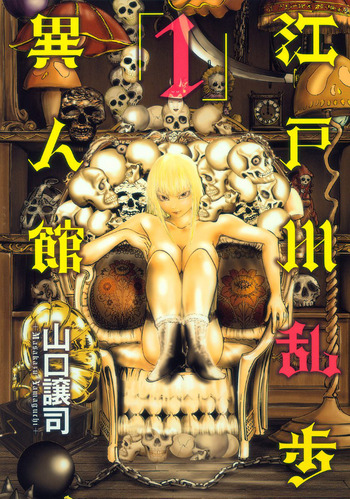 Marie is a shy college student and also a doll maker. Then one day, she is trapped in a gothic mansion by a mysterious young man calling himself "Kahrel." Kahrel demands that she 'creates the "people" that make up the world' for him if she wants to leave. The terrified Marie then has the dolls she's made in past come to life, and are bearing down on her!

In the depths of the Magamaga Mountain range, dark, mysterious and foul events befall upon those who enter.

Houdzuki Maika is a high-school girl who, in a sense, is never alone. Her twin brother Maito, who could not survive birth, lives inside of her and shares her body. They switch between who gets to live each day and they share most of their memories. However, the only times they get to see and talk to each other is when they are both asleep, where they share the same dream. Perhaps as a result of this supernatural existence, they are able to see ghosts. There will surely be many mysterious incidents ahead for these twins to face!

Kai is followed by the invisible Fuu who claims that his classmate Yomi is a witch. Then another strange girl transfers into his class.

Everyone knows that Yugi Nonoka is crazy. Her classmates have ostracized her and her teachers have given up on her. Yet, while Yugi may seem messed to the world, she has a disturbing knack for knowing the messed up crap that other people are hiding. And she has the power to do something about it...

A group of company employees on an overnight hiking trip starts to get harassed by a murderous demon monkey.