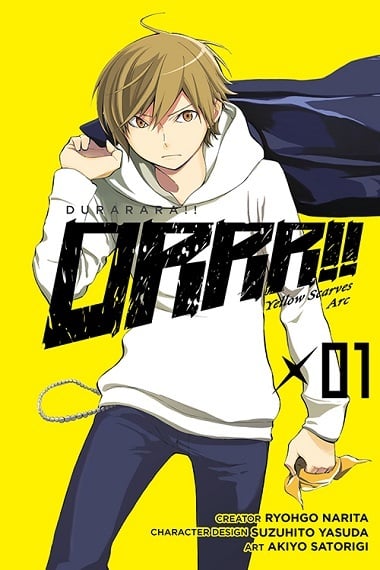 August 1998. At this moment, serial bomber Meruka Kuramitsu is certain of victory. Flip a switch. In the ensuing explosion, Shiki Ryougi’s body will scatter into pieces. Can Shiki survive the battle against this person with precognitive power?

In a quiet rural village, many domestic animals die unnatural deaths in a strange incident. To resolve the incident, an odd-looking man from Tokyo who goes by the name "Inugami" comes to the town to investigate. In the town, he meets a young boy who has a mysterious air about him called "Dorotabou."

June 1998: After spending two years in a coma caused by a traffic accident, Shiki Ryougi awakens with amnesia. She is visited by Touko Aozaki, a wizard and proprietor of a studio called Garan no Dou. Shiki has lost not only the memory of her accident, but also any real sense that she's even alive. Strangely, enigmatic beings begin to attack her...