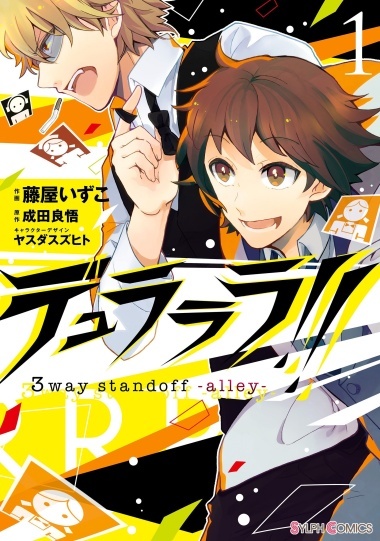 People with special abilities are called "Ѱ" and they are banned from society.Member of the police's special group that specializes in "Ѱ" and "EIT" is Nami Kiriyama. But in fact he is himself the owner of the special abilities...

Kirishima Mel seems like your ordinary high school girl. However, she is also part of a special investigation team called "K9" - under the direct control of the National Police Agency! With her katana in hand, Mel must take on serious incidents in secret. But what happens with this one incident-!?

Nishina is a nurse by day, and the crime fighter "Lady Midnight" at night!

Lonely Mitamura may be a teacher at the exclusive Sheol Soul School – an academy dedicated to the afterlife – but he has a lot to learn about human emotions and helping others. In fact, his star pupil Tsuru thinks she’ll teach him a little lesson by running off during a field trip in the living world. Now, Mitamura has only seven days to track Tsuru down with the help of a brand-new (deceased) sidekick. Will the clock run out before they find her?

After awakening from a recurring, terrifying dream, Touma returns to Tennouzaka High to find that the boy in his visions, Sousuke, is a new transfer student. Tasked with helping Sousuke out, Touma begins to befriend the boy - but little does he know that his new classmate is at the school for a more mysterious and dangerous reason...