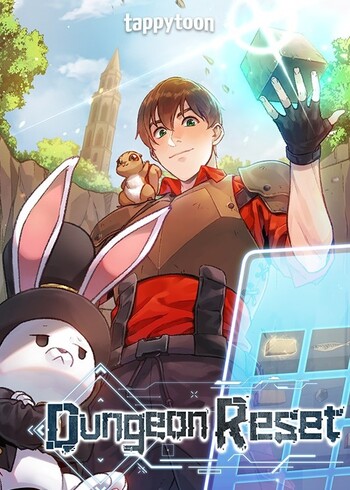 What an amazing manwha ! If you've liked the legendary moonlight sculptor you will enjoy this one. It's the type of fine storytelling with just the right touch of humor to keep you on the edge of your seat. Added to that a smart and cunning MC that overcome adversity and slowly level up with the small skillset he's given.

Truly worth the read. And the art has been done by Ant Studios, if you see their other work you know it's pleasing to the eyes. I don't have anything bad to say about this, it's really the perfect story with the perfect mc.

Edit: I don't know what happened but it started to slow so much it became boring. All the MC does is hunt for food and cook it. It went from Isekai minecraft to Isekai cooking real quick. No more improvements for the mc, no change in personality, nothing about the iore of the world or the general plot. I'll lower my inital score of 9 to a 7 for now. I hope it gets better.

I say this is a good comedy isekai story, with a little bit of a dark side at the start. I like the turn of events from the horrific SAW-like environment to the guy that breaks all the rules and ruins everything. I wouldn't say this is a good manhwa for story or immersion, but it's decent to read and I'm craving for more when I read it. The comedy and ways the main character progress through the story make you realize that this is a once in a life time MC. A MC that actually uses his brain. That's why I put 9.9/10 for characters, it's basically only because of the MC as there is essentially no other character besides him, the bunny, and his crew(but they don't really matter). The bunny is a little annoying sometimes, but the MC balances it out.

T.L.D.R : comedy isekai story with smart MC that knows how to level up in a despair-filled environment.

Enjoyed reading this! Exciting plot for our MC. Very entertaining and exciting how his mind works, specially when doing traps. Even I'm quite amazed at his crazy innovation. It's simple but clever. It also doesn't have any harem (phew). And the power of friendship is commendable. He becomes OP slowly but still with limitations, and that's why it brings spice in the story. You'll see the effort of everything he goes through. There is also distinction betweeen the arcs so it doesn't get boring.

Jung DaWoon got wounded in a dungeon and was supposedly "dead" according to the rules. But because of a dungeon reset, he was healed among survivors. And now he became an "error" bug, and cannot pass the next stage. So what's he gonna do now? Build an underground base, I guess.

If you enjoy seeing somebody going against the grain and circumventing prepared routes, then you might find this enjoyable. Personally, I have most enjoyed the construction aspects, but have found the cooking and fighting aspects to range from mediocre to boring. I can't overstate how disappointed I've felt at the prevalence of the combat. Participants gets additional Achievements from using their Skills in innovative or impressive ways. It has not yet been explained who exactly is awarding these Achievements or if they are somehow automatic. We know there are animal Guides (Rabbit and Baboon so far) who funnel Participants through the Stages. Each Stage has a number of Dungeons equal to the Stage number, and each Dungeon must be cleared before the Participants can continue to the next Stage. We know these Guides have superiors who can punish them if they fail at their job. It seems as though all of this set-up was created to produce sacrifices of Life Energy for the Dragon of Death, in order to bring it back to life (though the average participants aren't told this). There is also a Dragon of Life, in the same hibernatorial death situation. But our protagonist doesn't really care about any of this, other than to exploit the system and its rules. For example, fe finds different ways to exploit the Reset function, where the Dungeon will reconstruct and respawn itself, to create a resource engine (something it was definitely not designed to be). Fe also takes advantage of the Dungeon not registering underground routes as being part of the Dungeon. And fe femself is a glitch in the system (thought to have died), which makes fem a bit of a blind spot. Fe draws the potential out of feir Skills and doesn't mind grinding for months on end to level them up ('cause there's a level up system, of course).

I've tried to read this several times but each time I dropped it. The problem? It's extremely boring, I was never in the mood for it too. I've read up to, what? 13 chapters? I don't think I'm going to read a manga that doesn't get good even after ten chapters.