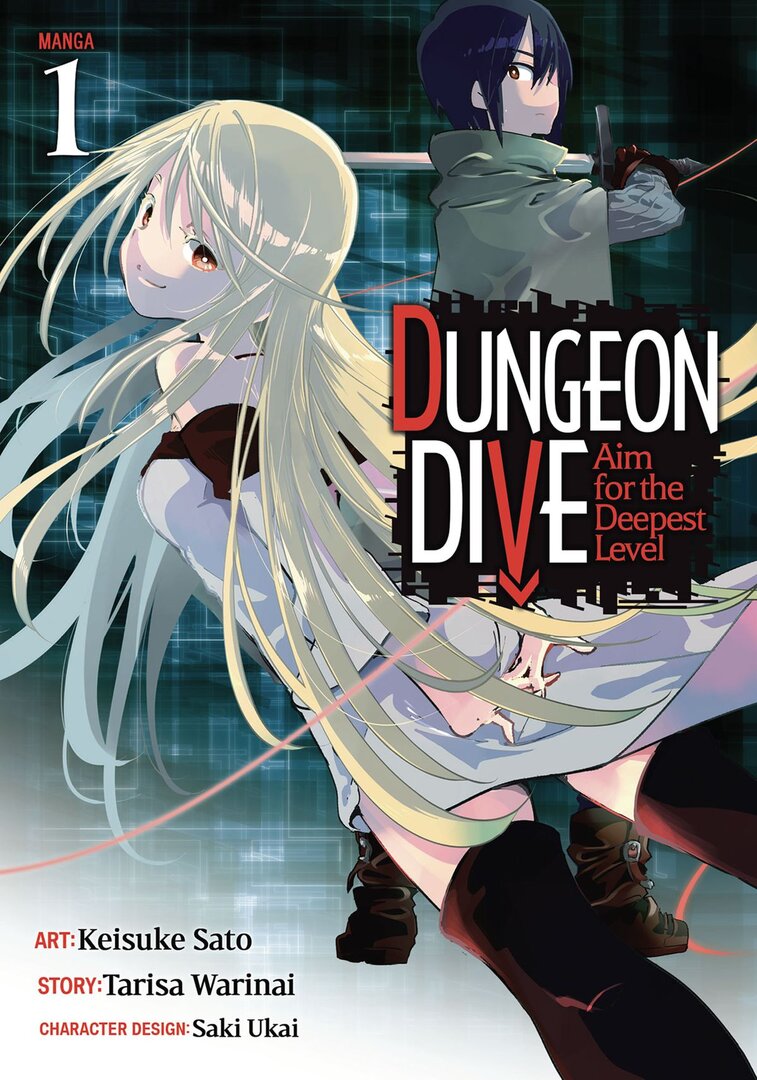 There are not many chapters and so the story is not much  uncovered,but I guess it will be in focus in future. Our mc got transmigrated suddenly into the labrynth of an unknown world and so he is pretty much at loss.But as a sane person he wants to return back to his world for his sick sister.So he aims for the 100th floor of labrynth where his wish will be fulfilled.Mc becomes weak to strong and fights to death with monsters.The execution of the manga is commendable but some art panels were hard to understand.I don't know much about how the manga will progress but from what I heard from ln readers is that it turns into tragedy that will lead into disturbing bitter moments.In short I think it is a psychological intense drama.

It deserves a try.

Quite a few of the isekai manga which I've read will just lean on the tropes and cliches for the initial worldbuilding and the protagonist's acceptance to being thrust into a new world and that can be kinda boring. So I appreciated the fact that this manga put actual effort into the initial exposition--making it feel fresh--and also how, even though it wanted to have the protagonist quickly adapt to the new situation (as most isekai stories do), it didn't just hand-wave it away and instead turned the nullification of the protagonist's panic into an ongoing plotpoint and a long-term mystery (where we readers are now asking "what's the question mark ability and will anything negative happen if the Confusion condition gets too high?" and other such questions which serve as an additional hook to keep us invested in reading).

I appreciated the attempts at showing growth within the relationships and with the characters' personalities. It's not necessarily the most impressive character studies or anything like that, but it does feel like actual effort was put into having the characters react in human ways and have understandable motives. In many ways, this is just another fighting harem manga where a single male protagonist will be surrounded by tons of female allies, but it hasn't been grating in its fan service or its attempt at pandering as of yet.

The panels feel very dynamic. I also like the shading techniques and usage of silhouettes. It uses both black-on-white silhouettes and white-on-black silhouettes and several variations on how they're done. Related to that, I noticed there will often be zoomed out shots with something silhouetted in the central focal point of the panel. There's a loose feel to the art. I very much enjoyed the fight scene against Tida and thought that both the way things were drawn and the general choreography created for a very intense and engaging fight.

The main reason I'm rating this manga as an 8/10 instead of a 9/10 is because I think its forward momentum is somewhat lacking. By which I mean that--even though it's had some engaging arcs and storylines up to this point--it doesn't really feel like it has very good long-term goals or a solid trajectory. And this is honestly just a gut feeling impression that isn't really based on anything objective. 'Cause this manga does have some long-term goals and, on paper, those long-terms goals are completely fine, so I'm not even sure why I have this impression (but I do).

Not my cup of tea. I like the stories aspects but the delivery to me is to much of a let down. The mc is to wishy washy. I guess if I had to say this story is to real. So if you read fantasy and look for a real story of how an isekai would go down. Well here you are. And added affect instead of just someone who is real he's Japanese so that bit of info is there. The heightened sense of morals, has trouble dealing with the opposite sex and such. To me there's to many unknowns for such a little bit to read. To enjoy the depth of the confusion and mystery I'd need at minimum 4 times the amount out translated. That is my own opinion though.

The overall story and art are quite good. The personalities of some characters are top notch. The only problem I can find with this manga is that the progress in dungeon is not transitioned smoothly. It is not that much of a big deal and you will not even notice it if you are not paying much attention to it. Other then that it is a good isekai manga with a decent main character and a little bit dark story.