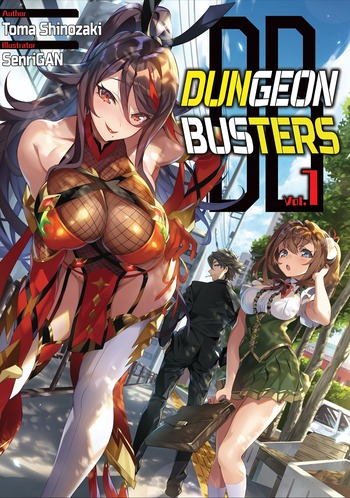 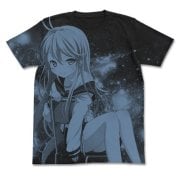 This review only discusses Volume One.

The story is interesting in that it takes the otherworldly concepts of dungeons and places them in the real world. Overall it is done well and comes across as a fairly realistic implementation. While the story is mainly focused on the exploration of the Yokohama Dungeon, and the decisions made by the Japanese government, it also takes time to focus on the potential repercusions in international politics. Japan is the only country to keep it's own name; Gamerica (complete with a clearly Trump-inspired president), Kanada, two Sinas, Franze, and the conflicting Ko/Wooria are clear takes on America, Canada, China, Taiwan, France, and North and South Korea respectively. I was particularly impressed with the way it mentioned Sina refusing to collaborate if it involved the other Sino through the UN, and ongoing real world conflicts such as those of the South China Sea are also brought it.

Despite this, the novel does have some flaws. It appears to be written from a slightly right-wing perspective so some of the character opinions might turn off left-leaning readers. One left-wing student protest group is disparaged as being akin to terrorists by the Japanese Prime Minister, and a female politician who advocates gender equality (who I believe is based on a real person akin to the one in Gate) is described in less than polite terms. This would be less of a demerit if the criticism was equally applied to the right-wing, but by focusing on just one side it introduces a political bias that is hard to ignore and may be unpalatable to some. One dungeon level is described by the main character as "even a woman can clear it" and towards the end it is fairly dismissive of the South Korea proxy 'Wooria'. To it's credit it does go into the Woorians perspective on past atrocities and even goes into detail on language differences between the two on the word 'compromise'; unfortunately this is swept under the rug almost as quickly, and with ruthless dismissiveness by the Japanese Foreign Minister, before it is mentioned that Wooria had almost no impact on international Dungeon policy going forwards.

On the other hand the art is almost flawless; Akane is overly curvy to the point where it is hard to tell what pose she is even supposed to be in (is she standing? Leaning forward?) and Emily the "Saucy Mage" is portrayed with pink hair instead of the text's description of her as a brunette, but these are fairly minor quibbles in comparison to the overall product. Mari, and even her mother, are detailed with care, though one of the inset illustrations may be slightly too daring for younger readers.

Overall this series is a good, if flawed, read. Care has been put in to at least attempt various international political perspectives, and characterization is generally consistant. It is worth reading, even if you don't agree with all of the finer points it brings up.