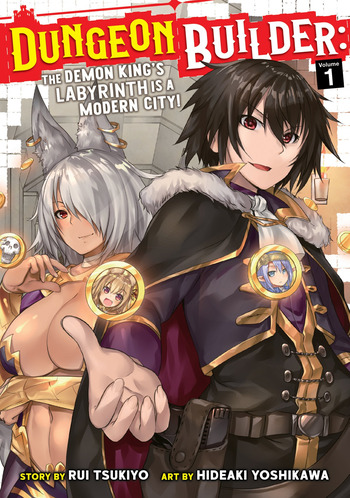 I don't like this MC. The plot is interesting enough but the story is too nice for my taste. MC's goal is making friends and living happy forever. That could have been interesting but having an obviously young MC imply that his comrades are also young and so you'll have a silly story.

MC has to build a dungeon but decides to build a city which is fine but that goal is just plain weird. We assume he got isekai'd since he knows about guns but he somehow don't remember anything else. And I guess he also brought his personality since he doesn't want to have humans fighting monsters. He builds a city, sells high quality stuff at a cheap price and just roam around acting like a landlord. That's basically it. There's nothing more to the story than that. I'm sure there will be some kind of conflict later on but I don't see how he can defend himself with his nature.

MC's goal is to make friends and living happy forever. That could have been interesting but having an obviously young MC imply that his comrades are also young and the art is a bit ecchi. the kingdom building elements are also top notch.

The story starts off bit low but then gets better later on. Some people might not like the mc because he might be forgiving and not seem op(lol) but everthing is done for a reason its gets better gradually. Art is great and it a good read try it out

A little simple, but an easy read. It does seem to be getting better so I'm going to stick with it for a while.