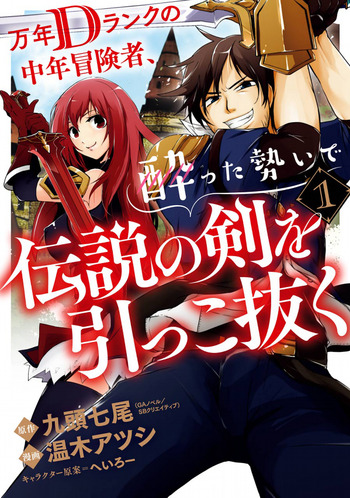 Lucas doesn't want to build a harem or have casual sex with women, but feir sword wants fem to do both of those things. Feir sword, Venus, has a consciousness and telepathic abilities, is able to hold its own against pretty much all other weapons and monsters, and grows more powerful the more sexual partners Lucas gets. So Venus ends up trying to push Lucas into sexual relationships and Lucas does end up having sex with a couple girls (so far, only after getting drunk). This is a fine (if stupid) premise, but the biggest problem is that I've had difficulty recognizing Venus's growth since the strength of its starting point isn't clearly defined, so it feels more like it's in a constant state of "being strong" rather than being in a state of "growing stronger." I'm also not sure why Aria agreed to be one of Lucas's partners if fe was going to get jealous at feir every interaction with other women; was fe not told that the ability "Queen's Harem" was a harem-based ability? Not that these relationships and character interactions feel very realistic in any capacity--they're shallow and progress overly quickly.