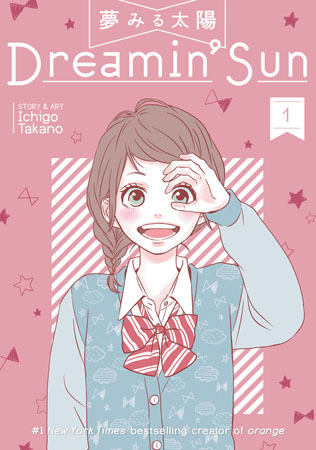 This manga was a cringe-fest for sure but I could not put the manga down for one second until I reached the ending. I laughed so hard each chapter, cried in particularly emotional scenes and fell in love with ALL the characters rather quickly. A hidden gem I recommend to anyone looking for a good shoujo with comedy.

Shimana is your average teenage girl that does not feel as if her home is the place she belongs after her father remarries and makes a new family of his own. She decides to run away and by chance meets the mysterious Taiga who agrees to take her in his home that he happens to share with two other boys. The arrangement is based on various conditions with the most important being that she must have a dream to follow. Shimana is such a fun character and so honest too that her interactions with everyone are so cringy! (is that even a word lol).

Throughout the story, the reader learns the stories of the landlord and his “tenants” and we see how their relationships evolve with one another. The theme of friendship is very much always present but so it is the topic of young love, honesty, and making dreams come true. There is some love triangle there between the main characters and this caused me such anguish because I came to love all the characters from the very beginning but it was very well executed from beginning to end. The way the story progresses is very well done as the pace is appropriate, character development shows, and there are so many funny moments to keep you entertained.

At first glance the art did not move me much and I did not like the way our main character Shimana was drew but I ended up liking everything the more I got used to the different art style used. The colored pages were a real treat.

All the characters are so cringy to watch which made the story so fun to read. Although the characters show personal growth through the manga, they all remained true to themselves and their personalities which I loved very much. There were plenty of secondary characters that spiced things up at the right times. My favorite character is without a doubt sweet Zen who represents every caring friend that has a one-side love for someone and forever placed in the friend/zone, so hard/entertaining to watch at the same time!