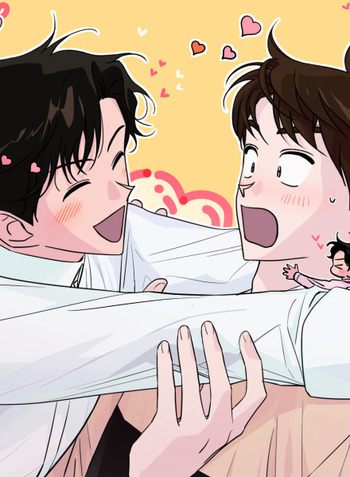 Choi Kanggo was born with a sensitive nose that can smell through a person's feelings. But when a boy who likes him approaches..?!

You Get An Angel

Shinichi Tsukasa is a therapist with an edge on the competition; he possesses a unique psychic ability called psycometry. Utilizing this talent Shinichi has managed to counsel many clients and earn himself a stunning success rate. But will his powers be enough to help him with his toughest case yet; recovering the emotions of poet Akio's young nephew Senri.

A diehard idol fan travels back in time for a treat of his lifetime!

The young master of a well-known silk family duan jinzhi secretly came back to China, only found that there is nothing left about the silk industry but a broken store! The journey of entrepreneurship started from the flames of war; and he... The relationship among them are like threads and embroidery, intertwined together...

When Sawoo gets bullied in high school, his only friend Kido promises to teach him the three rules to become the greatest villain. But Kido goes overseas after giving only two of the three rules. While faithfully following the two rules, Sawoo writes Kido numerous letters in hopes of receiving the third rule, but Kido never replies. After four years, Kido comes back believing Sawoo has been writing him love letters.