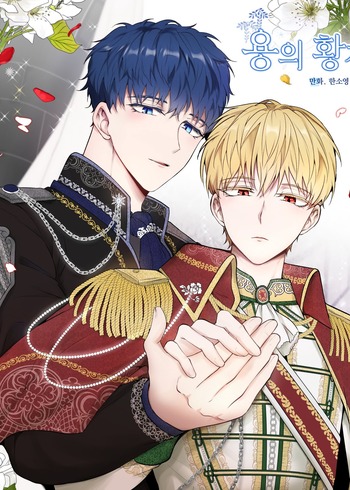 I would like to say this manhwa is among my top ten webtoons list for sure. Firstly story is just amazing and it's very sweet. From the beginning I fell in love with our both MLs especially Lou. Art is also fantastic and characters look very handsome and cute at the same time( babyface but with a haaawt bod😍). There is NO yaoi in this manhwa so if you are looking for a heartwarming sweet bl series this is for you. I totally recommend this!

You wouldn't be reading this with anxiety coz everything goes on really smoothly and the author doesn't bother concocting situations to drag out an issue, rather she/he has them resolved a chapter or two later because they understand dragged out anxiety-inducing plots are mentally criminal.

While I do appreciate Lou for being a big cutie pie and that both he and Ian are smooching together constantly, I dun lack empathy but the number of times they've shown that they're concerned for each other is staggering, the routine concerned/triggered expressions are hella corny that's all I'm gonna say. And I also wish Ian's uncle's character can be explored more in the side stories coz he feels flat. Put aside all these gripes and you'll reach the happy ending in no time, it's just the juvenile BL-fan service-ish atmosphere that needs some polishing.

I have to admit, this manhwa immediantly became one of my favourites!

The story and the characters were awesome and there wasn't a single chapter, where they acted unneseserrily unreasonable, which would't make sense for their own charcteristecs.

But I had a huge problem throughout the whole manhwa.

All the gay couples were making sure that no matter what their relationship can't be found out. There were a few times, when they literally admitted that if they were caught holding hands, they would just simply admit that Lou was a dragon, and asked Ian to do it.

And not a single person had a problem with this solution at all!

But I can understand this much, after all, it is very much possible that they look down on people, who are in a relationships with a same-sex partner...

BUT! Why couldn't they tell Lou's fathers! I am pretty sure that the gay parents woudn't accept theit son being gay!

And even the villagers! They treated a dragon as their own, cared about him, looked out for him (while he lived up on the mountains with to men, who were constantly holding hands and were never separeted). So you eant me to believe they could accept him being from a powerful race, but they wouldn't accept him liking guys???

But I would still recommend it to anyone, who likes BL with a wholesome romance and interesting storyline!

If your looking for a meet cute story about two boys who fall in love cry all the time and have good drama that is resolved with proper communication. This is for you.

Really heartwarming story with a happy ending. Some light smut in there too and oh my god lou's body😫😫 (and his dads). It's definitely worth a read, the plot is good and they go through hardships but nothing that will leave you in pieces.