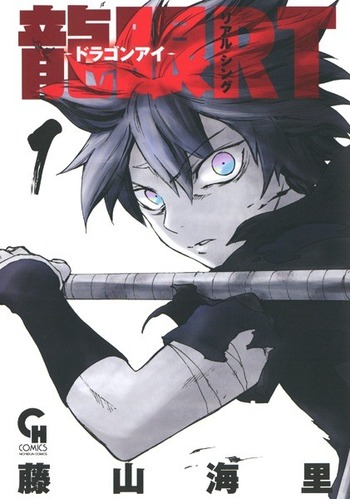 The manga centers on tsukumogami, spirits that have inhabited aged objects. The protagonist Hyouma Kunato despises tsukumogami after one of them took away something important from him. He comes to Kyoto and comes to live with Botan Nagatsuki, a girl who loves tsukumogami and lives with them as family.

If a soul is taken back before it disappears, dead people can be revived. On the threshold of death and oblivion is the death world where "soul salvages" take place.

Shrine of the Morning Mist

Three shrine maids have a distant cousin who moved away for schooling when they were young. Years later, he returns, and the three girls are tasked with protecting him. During this, the eldest (who's a teacher at the school) and the middle one form a "Miko" council. The story goes through their growth together and their battles with the servants of the Evil God.