Dragon Ball: That Time I Got Reincarnated as Yamcha! - Reviews 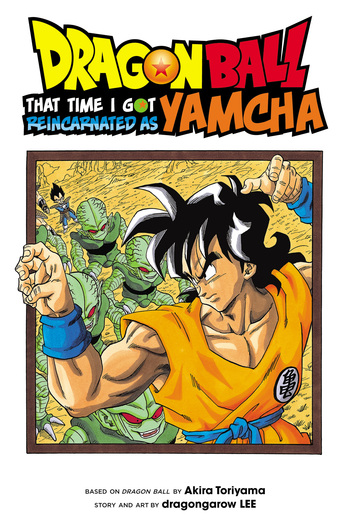 It's alright, but comes across more as fan fiction than anything.

There have been many isekai stories which involve somebody being transported into the world of a book or video game (often as a side or villainous character), but usually it's a fictional book or video game. This story takes that premise but has it applied to the very well-known world of the Dragon Ball franchise, having the main character reincarnated as Yamcha. Like most isekai stories of this nature, fe uses feir knowledge about the source material to alter the course of events and prevent Yamcha from dying. But on top of that, it redraws scenes based on the original manga, which can create nostalgia in the readers. It is a bit weird how the protagonist seems excited about dating Bulma, but then prioritizes training over romance. The art does a pretty good job of replicating the Dragon Ball art style, but there are scenes and poses where it does feel a bit lesser.

Short version: Essentially, "That Time I Got Reincarnated as Yamcha!" is ascended fan fiction. The Mangaka Dragongarow LEE made a name for himself by drawing fanart time and time again until Shonen Jump picked him up to make a fun one-off side series.

And here we are. The art for this book lovingly recreates early DBZ's manga and while there aren't as many fights as I would have expected they are pretty well drawn. The story is simple, but its to be expected. I mean 1: its an Isekai "I died/was magic'd/was something into another world", and 2: Its a DBZ story. This series is all about people training hard enough to fly, shoot lasors and dye their hair. And as a silly, stupid story that gives Yamcha an excuse to fight more it does a fine job with it.

As for the story I'll keep it brief, since "That Time I Got Reincarnated as Yamcha!" is only 1 volume long. So unnamed Japanese student is focused too much on video games and his favorite series: Dragonball. He then dies and awakens in the body of Yamcha before Dragonball kid Goku trains with Master Roshi. Reincarnated Yamcha realizes he has a chance of dating his waifu Bulma, but also he's going to die the moment Vegita arrives on earth. So Reincarnated Yamcha has to use everything he knows about the DBZ series and train like hell to not die horribly.

This simple book makes for a fun read for fans of the Dragonball series, both old and new. Definately check it out.