Dragon Amulet: The Emperor and The Country - Reviews 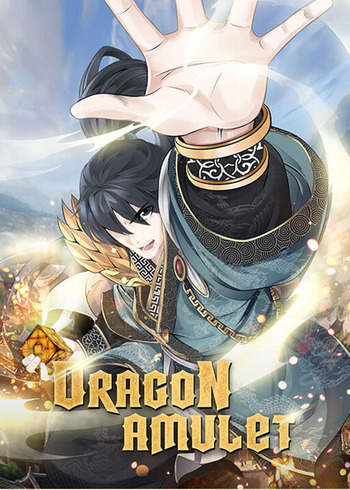 In ancient times, Emperor Gu Ta Sian restored peace in the Tian Yun empire by defeating the dragon king Duang Tong Tian. Now, the seat of the king is open for a new prince.

Royal blood, Gu Chen Sa, has never been interested in being king, thus goofing-off in his studies. As the 19th in line, he has plenty of older siblings more worthy, smart, and hardworking than him. Neglecting his royal privileges, Gu Chen Sa can't escape the bad treatment he gets around the palace. Yet deep down, he admits his own irresponsibility.

But after discovering a dusty lacquer box in the royal library, Gu Chen Sa's view of taking an emperor's role suddenly changes.

Boring. This manhua is boring. The setting is great mind you. I was tricked into believeing it woud be an epic 'fight to the throne' type of story. That's how the plot is first presented. You get the weak and powerless prince fighting his way to the throne against his brothers and sisters with strong backers. You expect to see him slowly get stronger, make connections and rise. But that's not what the author thought.

Instead we have a convoluted story that goes on for way too long and the plot almost becomes something else entirely. New random characters pop out of nowhere left and right and you don't even know what you're reading anymore.

Seems like it went on hiatus for a couple of years now. If it gets picked up again I hope the plot goes back to being good.