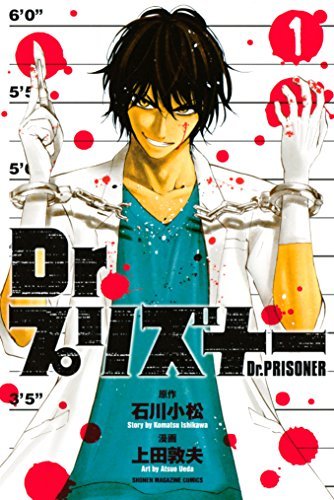 The manga is basically about a death rate prisoner who is a very talented doctor and escaped from prison and is now working at a hospital and working on patients who are unable to go to the hospital themselves. But, I think the girl doctor who is paired with him is so annoying and always questioning everything he does and she's such a coward never wanting to do the operation because they aren't at a hospital or lack of equipment to do the operation. There are multiple occasions where the patients almost die due to her carelessness and the MC always has to do it himself. That's why I put an 8/10 for  Characters it would have been better if he went solo throughout the story or if she was also a very talented doctor who could always keep her cool in life or death situations like he can and for her to be the only person who could handle the MC weird personality. But overall without the multiple occasions of me wanting to slap the f*ck out of that girl, it's a pretty good manga nonetheless you should give it a read.