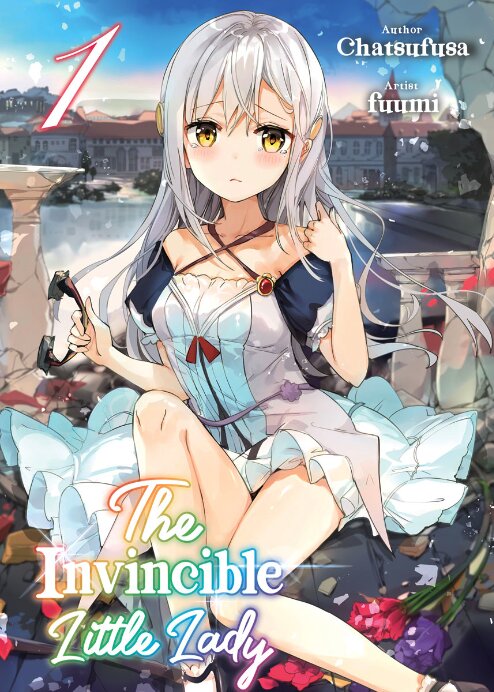 If you're looking for manga similar to Douyara Watashi no Karada wa Kanzen Muteki no you desu ne (Light Novel), you might like these titles.

When Minato died in an unfortunate accident, he was reincarnated in a different world where magic was woefully underdeveloped. Superfluous magic circles. Barely working attack magics. “…What’s with these inefficient magic…” By getting rid of the excesses in the magic circle, the destructive capabilities of the magic can be multiplied! Furthermore, he creates the flawless Extreme magic by his own hands! With his boundless wisdom, Minato enhances magic beyond wonder. In no time, his magical powers and techniques outclassed that anyone else’s!! In a world where magic was lost to the people, Minato is praised as an omnipotent wise man who controls all of the elements! The tale of a wise man commanding the lost magic with overwhelming power starts now!!!

The Eminence in Shadow (Light Novel)

Shadowbrokers are those who go unnoticed, posing as unremarkable people, when in truth, they control everything from behind the scenes. Sid wants to be someone just like that more than anything, and something as insignificant as boring reality isn't going to get in his way! He trains in secret every single night, preparing for his eventual rise to power—only to denied his destiny by a run-of-the-mill (yet deadly) traffic accident. But when he wakes up in a another world and suddenly finds himself at the head of an actual secret organization doing battle with evil in the shadows, he'll finally get a chance to act out all of his delusional fantasies!

In this world, a person’s past life karma determines their Rank at the time of their rebirth. A man who was so virtuous that even god was surprised was rebirthed as the son of an aristocrat, Alexander, where he started his SSS-Ranked life! While happily studying with his fiancée, Angelina, he managed to create the Philosopher’s Stone using his unmatched magical power and vast knowledge! A girl which he helped on the streets, Eliza, turned out to the Imperial Empress, who asked him to quell a rebellion which he successfully did. Alex was then appointed as the Vice-Emperor where solved the country’s problems one after another. He even undid the petrification of the legendary guardian dragon Calamity and subjugated it! With wits as his weapon, he meets any expectations to the dot and establish his position with lightspeed! The curtains to the greatest successful life opens is raised!

“I want the abilities of a game character!” Said Daimon Yuuto to God when he was to be reincarnated in another world after dying in a car accident. What he then got was a growth cheat “Free Skill” which allowed him to gain any skill as he pleased! Picking up as ravenous beast along the way, Yuuto completed a variety of job in town to afford food for his pet. And after a few months, a strange rumor reached his ears. “Yuuto is the ultimate healer!” “Huh? No, isn’t he the strongest adventurer?” “That’s not it either, he’s a famous alchemist!” “He’s obviously a tamer with that legendary beast Managarm!” The impression people had on Yuuto varied from one to another, but they were all actually true. With his cheat, he had reached the pinnacle of numerous professions!

Reincarnated as the strongest noble, he is unmatched in this other world!! Born under a lucky star as the thirteenth son of the emperor, Noa is the world’s strongest 6-years old whose level was infinity since birth, and held a cheat ability whereby he gains the powers of those under his command. As his rank to the throne was low, he led a life to his own please in his own territory. Nevertheless, wise and fair Noa managed to save a maid being sold away as well as a diva who was threatened at a mere age of 6, in addition to bringing the demonic sword of water, Leviathan under his control. While living freely as he wished, he obtained the greatest strength and strongest followers. Eventually, he decided to fight for the throne disregarding the rank of the princes. This is an another world reincarnation fantasy of the strongest noble Noa who held infinite wisdom and cheat skills!!

After being hit by a car, she suddenly found herself in the afterlife... or so she thought, but for some reason she reincarnated as a baby in another world?! Lizbeth was raised by incredibly doting and beautiful parents, and using the knowledge from her former life she makes a goal to have a "moderately successful life" in this world. However, her talent for magic is abnormal, and a prince, along with many other noble young men have either become infatuated with her, aim to kill her, or almost die! This isn't moderate at all... but even so, she swears to obtain the happy life she envisioned, somehow!