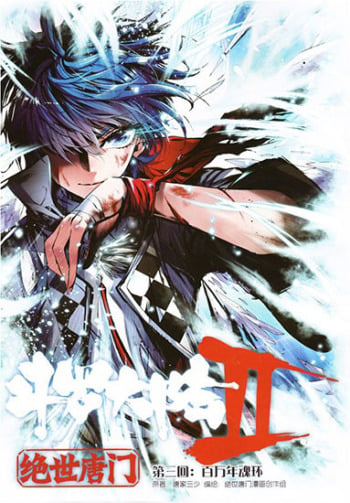 Again if we follow my own standards it would be closer to 3.7 which doesn't really help because again this is a light novel so it has no artwork. Now as of the beginning of the series that has a low story score mainly because it's throwing a whole bunch of information at you right away is literally trying to catch you up on the last 10000 years of all the bullshit that's happened in the story make sure you understand what's going on and why.

This is going to be a quick little tl:dr of the whole series into the things I encountered while reading. The reader I was using had no chapter 60 so I went to a secondary website to read it and it was a horribly translated version of chapter 60 but I got the gist of it. Mao grabs him because there fires going out of control they crash land into the lake while his ice power activates and I'm assuming that because she has big breasts and they're rubbing up against him and he's like a 11 year old boy, he comes and passes out in the lake.

Chapter 218 he finds out that he is actually a she. His roommate is a girl and he has feelings for her because of all the experiences they've shared literally growing up together and somehow he didn't notice this at all ever.

SO soul cores are a thing I guess screw what we've already learned, I guess the main character from the first book actually isn't anywhere near as strong as the MC from this book because he has no soul course while this guy has three are you joking me how is this how you want to start this series is completely destroy what you learned from the first one Sao yeah once you reach rank 90 you need a soul core and once you reach 98 you need a secondary Soul core to become an Ultimate duoluo fuck the first one(LN) he just skip stages and went straight to Ultimate douluo get the hell out of here.

Also the MC from another book is god of emotions and chooses to pass his seat to this mc. He hooks back up with his wife the end.