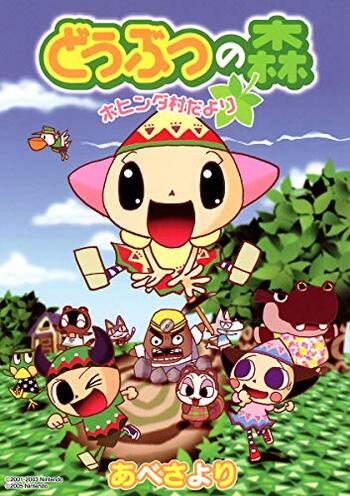 If you're looking for manga similar to Doubutsu no Mori: Hohinda-mura Dayori, you might like these titles.

Donald Duck works for the American furniture business "Duck Furnishings". It's been two months since he and his employees, José Carioca and Panchito, were reassigned to the Asian Culture and Distribution Department, and the phone hasn't rung even once. Just as they're starting to wonder why they were transferred in the first place, the CEO suddenly orders them to travel to Japan! The three Caballeros must learn all they can about Japanese customs, entertainment, culture, food, and clothing before they return to New York City. Assuming they don't get into too much trouble first!