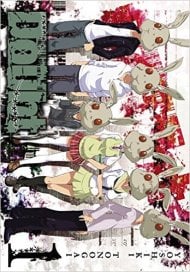 Doubt tries to be your standard scary death game manga and the suspence/mystery is enough to keep you entertained if you dont think too hard but unfortunately it is filled with plot holes and unjustified character actions and will leave you underwhelmed.  ~Story~ 2/10 The biggest issue with the story is that the upon arriving in the set up death game, no goal is given to the players and they simply wonder around trying to find an exit which everyone including the characters should know is pointless. It is obvious that the person that set up the game, especially if they didnt say so is not going to give them an easy exit and nobody tries anything other than using the set up bar codes to go anywhere new. If any rules were set up or the game were actually the slightest bit like the phone game at least then there would have been some purpose in the plot but sadly that wasnt the case. The phone game is poorly explained from the start but from what i could tell there is nothing in it other than a random choice and if correct then the players all win and if incorrect the players all get killed. This would make an absolutely terrible game since over the phone there are no real hints that can be given as to who the wolf is but that aside in the real life death game there was never a choice anyway!? If the fundamental part of the game is going to be ignored why even pretend that its related at all? People just got killed one by one which is totally pointless and has absolutely nothing to do with the game, the killer may aswell have killed them and never bothered with the elaborate set up since that was their only purpose anyway, to kill the people. To its credit the story did have an ending even if a few things had to conjure up a small amount of bs and push some unexplained things under the rug to get there. I will not say what the things are because they are spoilers. ~Art~ 7/10 The art was okay, average quality but the parts touching gore territory were handled well. ~Characters~ 3/10 The characters were set up with the standard hidden tragic pasts found in this genre which is fine, but i found the justification for doing what they did totally lacking particuarly for the main villian.

I am mildly depressed right now—I was (stupidly) working on my review without saving it or anything when I clicked the wrong button and lost it. I will try to forget that I am pretty mad right now and will try to create a coherent review. Story: There’s a new game going around called “Rabbit Doubt.” It’s basically the same thing as the card game Mafia, except that a wolf replaces the mafia. The rabbits choose to hang one rabbit within their group. If the hanged rabbit is actually the wolf in disguise, they survive! If it’s just an innocent rabbit… yeah… “Dead-o End-o.” Aizawa Yuu gets drawn into a real-life version of Rabbit Doubt with his friends and a famous TV psychic and a stoic guy. Let the blood start flowing and the doubt start building! When I first read this (which was before I loved the horror genre), I thought the premise was original. Ha. Ha. Ha. High-stakes games manga, while being awesome by default, tend to blend together. X manga is a lot like Y manga, which is a lot like Z. Plus, there is one glaring flaw of the manga—it relies heavily on plot twists. This could be good, certainly, but it seems like each twist is more forced than the last. This leads up to the ridiculous ending, which is almost entertainingly stupid. Art: I’m award that many people like “idealized” manga—pretty girls and cute boys. This manga is perfect for you guys. Not to say I’m different (I think we all know how much of a sucker for bishies I am), but it is a little unoriginal. I don’t need to find this manga to get that. Another point about the art is that it managed to find a nice “middle ground.” It isn’t “Battle Royale,” a series in which every bone, intestine and brain is shown in gory, explicit detail. On the other hand, it doesn’t shy away from blood. It also steers clear of any “Higurashi-” or “Ibitsu”-style torture scenes. If you want to read dark horror manga but are squeamish, this manga may float your boat. Characters: This is a short read, so if you demand your manga has backstories and development, you should probably look elsewhere. Characters: Boy in profile: Komaba Hajime; boy with black hair and jacket: Aikawa Yuu; blonde girl: Akechi Haruka; boy with silver hair: Hoshi Eiji; girl with rabbit head on lap: Hazama Rei; girl with brown hair: Houyama Mitsuki. Komaba Hajime: He is not one of the initial main characters, but his importance increases as the series progresses. I’m going to try to compare him to Ootori Kyoya: He’s smart, wears glasses, is rather reserved, and is the voice of reason (kind of…). Fine, so he probably doesn’t run a host club, but that’s beside the point. Aikawa Yuu: He is like any other shounen hero in that he tries to protect his friends while also saving everyone else. While he is a stock character (so is everyone else in this series), his perseverance is a little touching. Akechi Haruka: I’m not going to lie—I really don’t care for her as a character. She’s manipulative, inconsiderate and one of those “I’m here because of my chest” characters. Due to her role, however, she is a necessary character. (Due to BOTH of her roles.) Hoshi Eiji: He doesn’t appear that often, especially considering the fact that he is a main character. A rather generic bad boy, he separates himself from the rest of the entire leather jacket-wearing crowd by being mildly paranoid. He’s a little weird. Hazama Rei: If you are like I was when I first read this manga, the beginning will surprise you. It’s not a big spoiler to say she dies before anything has a chance to happen. However, it IS a spoiler to continue, so I will stay mum. Houyama Mitsuki: She’s the friend/love interest of our main character of all main characters, Aikawa Yuu. Her relationship with him doesn’t amount to much until way later in the series, and that is so abrupt it’s almost jarring. Other than that and a laughable plot twist, she is useless. Overall: It’s as cliché and unoriginal as a series can get, but it’s fun. Well, except for the irritating female characters (*flips table*). Other than that, read expecting to be either kept on your toes or predicting every twist from a mile away, but don’t expect a quality work. 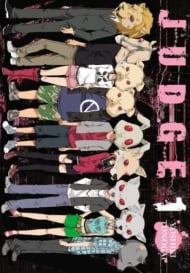 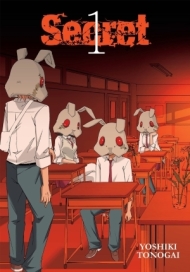