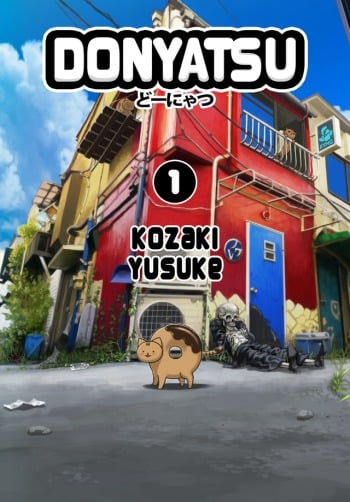 Not gonna spoil anything, so you'll have to see for yourselves why I chose those ratings.

But let me tell you, the story is fricking amazing. So are the backgrounds.

Characters are really cute and diverse in personality. Overall, it all goes to the factor of...

There are 3 reasons to read Donyatsu

Donyatsu, as you have probably ascertained, is a hilarioius and sad story about the world after humanity has died out, with the only inhabitants being animals and animal/food hybrids.  The story is rather light, consisting mostly of Donyatsu and his companions finding new friends, searching for food, or being goofy. Though it doesn't sound like much, it works really well. It is a casual read, not something you would sit down and take too seriously. I personally read it when waiting for other series to update.

On the whole, Donyatsu is a delightful little read. I don't elaborate on it too much here, because I don't want to ruin the wonderful little surprises Donyatsu has in store for you!