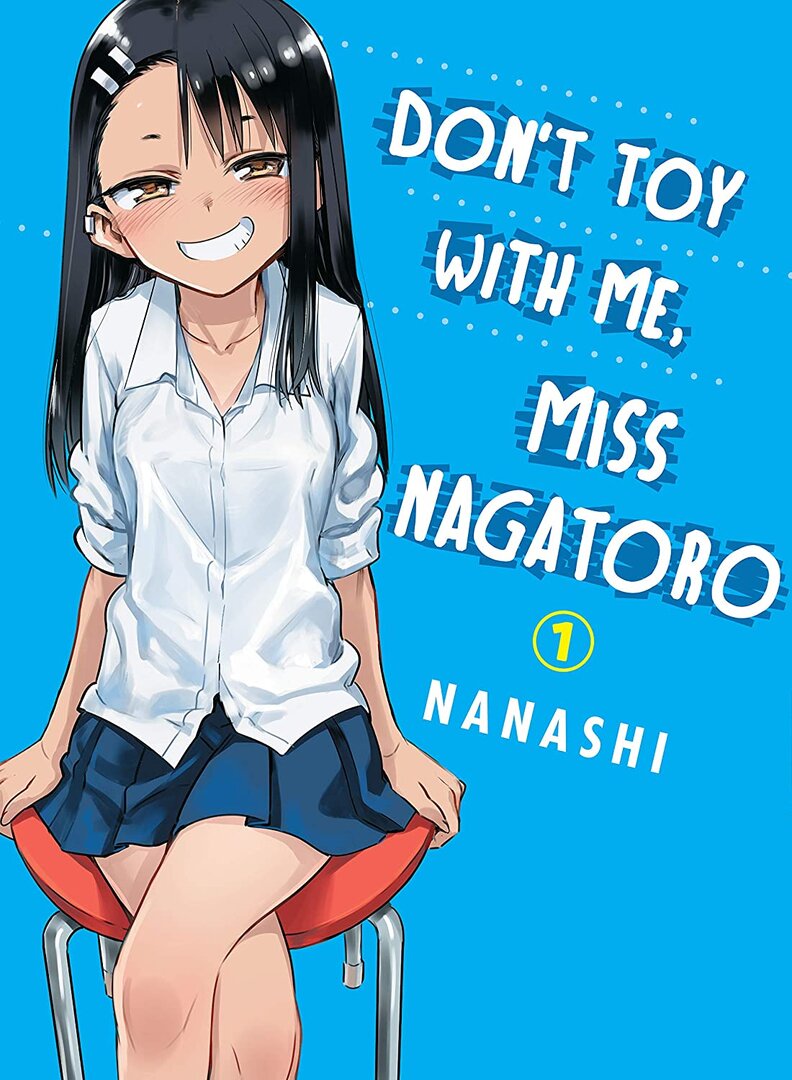 If you're looking for manga similar to Don't Toy With Me, Miss Nagatoro, you might like these titles.

Sakurai Shinichi’s one wish is for a little peace and quiet. But Uzaki Hana--his boisterous, well-endowed underclassman--has other plans. All she wants is to hang out and poke fun at him. With the help of her chipper charm and peppy persistence, this might just be the start of a beautiful relationship!

Both are about loner senpais whose daily routines are disturbed by their impossibly cute but also annoying kouhais who love nothing more than to tease the boys the secretly have crushes on.

Broken into short segments and featuring both slapstick, clever jokes and sexual misunderstandings that play off the reactions of the two lovable leads who clumsily compete with each other in a “will they won’t they” struggle of sexual tension and tender moments.

Very similar to each other, both series contains a smug female MC teasing the male MC.

Although in Takagi-san was always light-hearted teasing.

Seto is a serious kid who leads a quiet High-school life, until he starts to get teased by resident Gal Anjo.

If you enjoy watching a girl from the in-crowd at a high school teasing and flirting with a socially awkward student, then you may enjoy this one. The girls from both manga enjoy watching the guy they have a crush on not know how to appropriately react; they get a kick out of his "virgin" embarrassment.

Andou Ryousei decides he will live his own life, rather than following his playful parent’s way of living. One day, during his 17th birthday, his childhood friend gave him a present. It was the perfect chance for him to confess his love to her but something strange happened. What is missing from Ryousei…?

Even in student elections, every vote counts, but high-strung Chiga finds himself questioning the results when his judo team partner, Kokusai, is elected class president of their all-boys school. A president, of course, needs a running mate – and just like that, Kokusai appoints Chiga to be his vice-president! How did a slowpoke upperclassman like Kokusai win an election, anyway?! Sure, he does seem to have an almost uncanny ability to attract stalkers, peeping toms and other degenerates, but Kokusai’s so helpless he can barely take care of himself, let alone a student body. It quickly becomes clear that Chiga’s major vice-presidential duty will be to keep Kokusai out of harm’s way, but is he up to the task? Furthermore, will all the time they have to spend together in student government cause Chiga himself to fall under Kokusai’s spell?

Sakurai Sakuya is a first-year student that hates summer. One day when he's verbalizing his hatred towards the sky, he is spotted by Kisaragi Haruka, a second or third year student. Haruka is the only member of the art club of the school and ask Sakuya to model for her. He agrees not knowing it would be a nude model. Sex ensues. Sakuya thinks that this is the end between them, but Haruka warmly sees him off with the words "See you tomorrow". Thus their fragile love begins.

Wataru starts his high-school life by getting forced to cross-dress by his senpai Ayane Takamura.

A doormat of a realtor who's not over his last breakup. A blackmailing, foul-mouthed young female mangaka who's run away from home. Put them under one roof and this is probably what you'd get.