Don't Play Games With Me - Recommendations 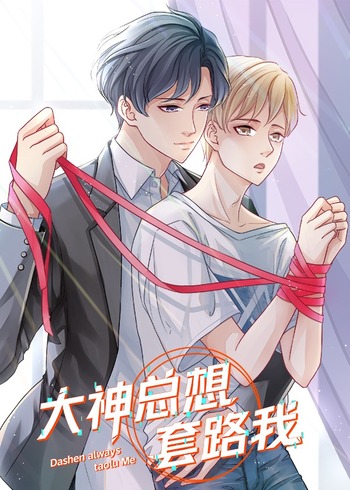 If you're looking for manga similar to Don't Play Games With Me, you might like these titles.

For three years, Wen Nian'nan had tried hard to make their marriage work. But all he got in return were cold shoulders and physical scars from his spouse, Gu Yansheng. It was not until he discovered his broken wedding ring was a fake that he decided to give up. "Gu Yansheng, I shall walk away from your life as you wish." A few months later, when Yansheng finally learned the truth and tried to win Nian'nan back, he was greeted with an icy smirk. Will Nian'nan forgive him for the excruciating pain he caused? Will the misunderstanding between them end? Will the two get back together?

My boyfriend that was 287km away is now 3km away? Professor Bo Chang Yi, used to be good at understanding others, but is now no longer humane. The happiness in Ting Shuang’s heart vanished in an instant, leaving only fear, if you think about it, it seems that there will be disaster in the near future.

On the very first day he gets promoted, Gu Qingpei gets thrown the Chairman's son, who he was unable to raise well. Huh? He was supposed to 'babysit'? This irritable, overbearing army ruffian was always dramatically opposed to him. If he, Gu Qingpei, was unable to deal with this rough brat, how could he persuade the employees in his company? The days pass in anxiety with the open strife between the two. It's just that their relationship was developing in the opposite of what one would expect...

Catch a Dragon: Become My Wife

To save his empress, the emperor dived deep into the thousand year lake without thinking about his own safety. In the lake, he tricked a Xuan Long who was abandoned by his tribe to go to the palace and coaxed the Xuan Long to give him his heart. As a result of the frequent courting of the emperor, the Xuan Long sincerely fell in love with him. But in the end, he was harmed to death by the emperor, and disappeared like ashes after giving birth to a dragon. At this moment, the emperor got back the memories of his past life and discovered that the person he had personally killed was his lover, the one who he had been searching for thousands of years.

The Man That Was Buried Alive

The psychological counselor Ling received a patient on a normal afternoon. That patient seemed to be a weak and well-mannered gentleman from a wealthy family… but he confessed that he had beat his lover unconscious and buried him alive… doctor, What should I do?

The story of an arrogant company director who takes over the care of his late brother's blind ward.

How’d You Two Become a Couple While Gaming?

The male protagonist goes on a business trip and coincidentally shares a love-themed room with a famous e-sports player. What’s with the transparent bathroom door and vibrating bed? The next day, the two go their separate ways. When the male protagonist gets frustrated with work and goes to drink at a roadside stall, the man who shared a room with him suddenly appears and calls him his idol. Wait a minute? What’s going on? I already quit e-sports three years ago! Don’t you dare try to tempt me back into playing!