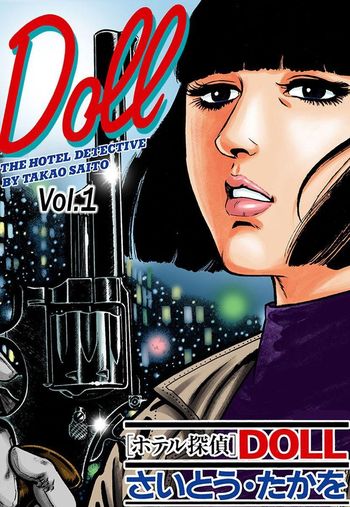 Kageman is a boy who wants to become the best detective in the world. Each of the self-contained episode features a fun guessing game and unriddling of a case.

The second season of The Detective Is Already Dead..

Sin in the Rain

Kimura Yui has had a tragic life. After the traumatic death of her parents, Kimura has suffered yet another loss: her personal advisor, Kansaki. Now, lonely and distressed, Kimura wanders in the rain until she is harassed by two suspicious men – and subsequently is saved by an unknown benefactor while she faints and falls to the ground. Later, Kimura awakens in the house of her savior, the detective Takamizawa Kyosuke, who offers to help her discover the truth behind these murders…

One stormy night, a young woman is shot to death on a cliff; her body is found floating in the waters below the next morning. She was last seen with a man who is now being sought not only for her death, but also for the death of a yakuza at a local bar. Meanwhile, the man’s estranged wife has seen the police fliers and hires Goro, a private investigator, to find her husband first. Alongside another member of law enforcement with his own motives for finding the man, Goro sets forth on a trail of tragedy and intrigue to find the real reason behind these murders...

The compilation film recompiles the anime's "Jet-Black Mystery Train" arc, while also including key scenes centering on the character Ai Haibara from other parts of the television anime's run, as well as new footage connecting the film to Detective Conan: Kurogane no Submarine at the end of the film.