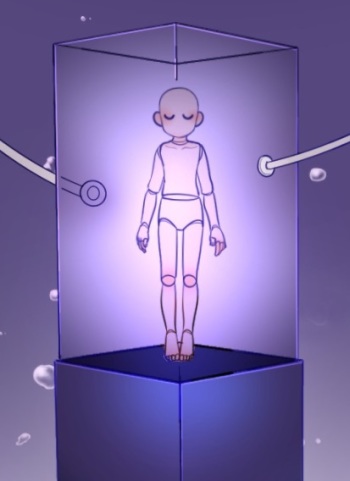 Gaimetal, a metal ore with high amounts of pure energy, was discovered 50,000 meters (160,000 feet) underground in 2047, and mining began all around the world. However, Gaist, metallic lifeforms whose bodies are entirely encrusted with Gaimetal, emerged in 2055 and began attacking people. In 2064, Rekka, Hayato, Kurama, and Siren are among those who suit up in Gaist Gear and battle over 100 varieties of Gaist creatures.

Seven years have passed since Sei Iori won the 7th Gunpla Battle Championship World Tournament. The Gunpla Battle Championship is now run by Yajima Trading. With new rules and battle modes, the game's popularity has become even more widespread. However, the Seiho Academy that Sei Iori once attended has failed to catch onto the trend. The only member of the school's Gunpla Battle Club is its president, middles-schooler Fumina Hoshino. Currently there is no way the club can participate in the upcoming Gunpla Battle Japanese Under19 Championship, where players fight in teams of three. Then Fumina meets a new transfer student. He is Sekai Kamiki, a young martial artist who has been travelling with his master. Together with a young Gunpla builder named Yuuma Kousaka, they finally have three members for their team. Sekai Kamiki, Yuuma Kousaka, and Fumina Hoshino team ''TRY FIGHTERS'' is about to begin its challenge!

Ginya Otonashi is a college dropout who works part-time for a pachislo publishing company while aspiring to become a novelist. Told to find the best slotter in Japan, Ginya comes across the Slosseum, an underground pashislo organization where slotters compete against each other with hopes to dethrone the Ultimate King, Ryo Daiba. Ginya joins the competition, and his furthered involvement in pachislo will help him find out more about himself & his past.

Akira Akebono, a young boy who is competing in a robot tournament where many of the robots are capable of transforming into animal forms. Akira wants to win the ultimate prize, the Titan Belt, with the help of his group of robots, all of which are capable of forming into the robot Daigunder. Daigunder is the creation of Akira's father, Professor Hajime Akebono. Together with a girl named Haruka, they compete under the name of Team Akira. However, Team Akira faces opposition from not only their competition, but a robot named Ginzan who is under the control of the evil Professor Maelstrom.

Experience a unique multimedia experience with Venus Project -Climax-! Set in a near-future Japan, Formula Venus is the new entertainment format that pits aspiring performers against each other for the title of New Idol Princess. This unique multimedia show will also pit the actual voice actresses against each other in a series of live challenges. It’s 2D vs. 3D in Venus Project -Climax-!

Misaki Suzuhara is a young girl who traveled to Tokyo to live with a relative, but ended up becoming involved in the greatest game of all time: Angelic Layer! In this fast-paced competition, players customize dolls and fight them in arenas of all sizes, hoping to gain experience and perhaps win the greatest tournament of them all! With new friends to meet and new enemies to defeat, the best time of Misaki's life seems to be just beginning. Join Misaki as she struggles to be the best, even in the face of overwhelming odds...