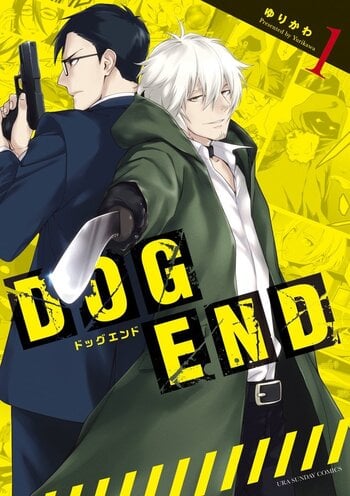 Takekichi and Masakazu are two tough guys who are forced to go underground when they lose their boss in a turf war in this modern update of the classic Chinese novel "Water Margin".

"Which is the L, and which is the R?" That's one question Jack Hofner and Rowe Rickenbacker of the duo L/R hear much too often. Employed by the Royal Family as secret agents, it's their job to carry out various agendas to protect the good of the people of Ishtar. With Jack's suave manner and Rowe's rebellious attitude, there's nothing that can keep them from their goals - whether it be helping restore a long-lost princess to her throne, racing against time (and a laser-shooting satellite) to find treasure within ancient ruins, or discovering the identity of a mysterious terrorist called Angel.