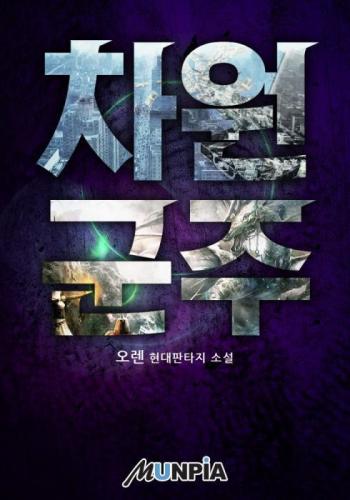 The outbreak of an unknown virus infection has turned the city of Hanghai into a living hell. The people infected have turned into scary zombies. Three months ago, Qin An's wife divorced him and told him that the virus was about to spread and that Hanghai city was about to become a quarantine area, leaving him with a pile of supplies. Three months later, he has slowly healed his wounds from the divorce, and now he's thinking about how to live.

Join Lu Yin on an epic journey across the Universe, pursuing the truth and tragedy of his past. This is a world of science fantasy where the older generations step back and allow the young to take charge of affairs. Heart-wrenching separations, terrifying situations, all with comic relief that will leave you coming back for more. This is a world where the other characters actually matter, and are revisited frequently as their own lives unfold. Dotting Lu Yin’s path are monumental feats of kingdom-building and treacherous political situations where he must tread carefully if he wants to get to the truth of his history.

The Little Prince in the Ossuary (Novel)

In a world plagued by Morgellons, a deadly disease that turns humans into non-human creatures, people have chosen to abandon their humanity in order to fight against the bloodthirsty corpses. In the end, there will be no humans left on Earth. But that harsh world is, in fact, a world fabricated merely for entertainment. A world for humans to live in exists neither inside nor outside. This is the story of a boy who, while living a miserable life, stares at the stars as he desperately tries to keep his humanity.

When I was 15-years-old, during the year that I graduated from middle school, my father told me this. “The Devil’s blood runs in our family.” That was the truth. Sadly my father was the owner of a takeaway chicken shop with the talent of turning his eyes blue, and I was the son of the takeaway shop who just happened to be slightly stronger than others. But five years later. They came for me.

I Reincarnated for Nothing (Novel)

Artpe was supposed to live a charmed life as the 4th strongest in the Demon King’s Army. However, his life was cut short by the hero’s blade. With his previous life’s memory intact, Artpe will live his life again. His boldness and resourcefulness will make him unrivalled!

A professional gamer dies unexpectedly during an E-Sports tournament and is sent to Valhalla, a heaven reserved for only the greatest of warriors. The warriors of Valhalla are pitted against a struggle for survival in the face of a common enemy. Fortunately, within each warrior lies the roots to their own saga, a legendary tale of their ascendence to fame and feats of great achievement alike. Witness the birth of an epic saga as this gamer challenges legends and carves a path toward the ultimate glory.

After the Battle of Dawn, 50% of the original species on Earth have been eliminated. The remaining creatures have evolved into monsters. Surviving humans call these creatures "dangerous species." To Allen, "father" is just a noun to him. He has lived alone with his mother ever since he was born. One day dangerous species invade their village. His mom hides Allen in the cellar and tells him only one thing, "find your father and kill him; his name is Archimedes."

Earth’s top weapon specialist’s soul crossed over to an alternate world, merged with Rebirth Martial Emperor’s memories, cultivating Nine Dragons War Sovereign Technique, sweeping through all opposition with invincible might! Able to refine medicine, capable of crafting weapons, and knows the art of inscription.... Being skilled in all professions is the way of kings!

Shin Youngwoo has had an unfortunate life and is now stuck carrying bricks on construction sites. He even had to do labor in the VR game, Satisfy! However, luck would soon enter his hapless life. His character, ‘Grid’, would discover the Northern End Cave for a quest, and in that place, he would find ‘Pagma’s Rare Book’ and become a legendary class player…