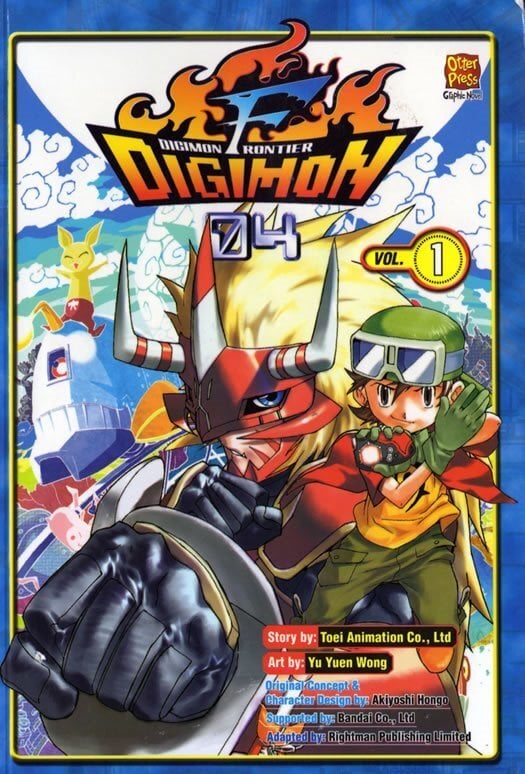 Liola—the best assassin in his world—has vowed to kill no more. He was being chased by an assassination organization when he accidentally dropped into a parallel universe: through a dimensional gate and into poor teenager Kaiser's apartment. Liola has been trying his best to live the life of an ordinary person, but after certain things happen one after the other, he begins to realize that being an ordinary person could be harder than being an assassin.

Ah Dai is a very kind and soft-hearted kid. His favourite thing is steamed bun and his favourite girl is Ya Tou. But steamed buns are always in shortage and Ya Tou left him, never coming back. "What is wrong and what is right", even someone as silly as Ah Dai sometimes asks this question, especially when he forced by a gangster to pickpocket others on the street. One day, he got a money bag full of amethyst coins from a passerby, and the coins started to talk and shine with mysterious light. "Do you want to go with me?" That rather strange handsome passerby asked him. "Can I have steamed buns everyday." "Yes, you can." And our Ah Dai joined this mysterious magician to start his fantasy cultivation journey...and eat steamed buns everyday...

Xiao Zhe and his two other friends come across several pieces of paper and a book showing ways to fold them into different shapes. The material turns out to be an ancient hi-tech gadget that, when folded properly, turns into a Genie. By further contract with the Genie, the folders could transform them self into super human known as "Origami Fighters". An evil organisation called "Black Union" tries to dominate the world by reviving origami fighters and ancient technology. It's up to Xiao Zhe and his friends to fight them as origami fighters.

Fifteen years ago, the Demon Lord, all human's enemy, was killed by HERO. The war lasted for 1000 years finally ended. With the Demon Lord's death, the Demonpedia the symbol of Demon Lord was lost as well.

Wang Xiao Shi is a martial artist of the capital's largest faction, the Pavilion of Light Rain. At the outset of the story, Xiao Shi is faced with an impossible situation, as the Prime Minister insinuates that he will kill Xiao Shi and destroy the Pavilion if Xiao Shi is unwilling to assassinate Master Zhuge for him.

Ordinary high school student Satoru Ikaruga, while he doesn't look like it, happens to be a genius vehicle user, kinda like a MacGyver of vehicles. And he's extremely good with all vehicles like jet skis, trucks, fighter planes and helicopters. If you can name the vehicle, he knows how to work it. Ikaruga works as a vehicle expert for a multinational specialist organization called the Almighty Support Enterprises (ASE) while trying to maintain his high school life as much as possible.