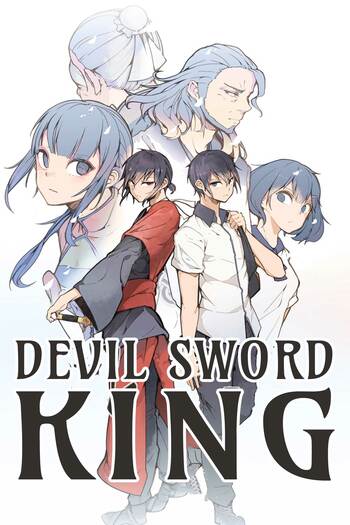 Past Lives of the Thunder God

He was the hero who brought down the Heretic Cult that drove the Murim world to ruin. The protagonist was killed due to the betrayal of the seven emperors becasue he was too strong and they didn't want him to be a hero. He was reborn as Baek Gong, a crippled person who was in despair. It's only been 30 years since my last life. "So my enemies are still alive?" This is his Revenge and his final journey!

Poison Dragon: The Legend of an Asura

The long history of the Medical Sect is followed by complete and utter annihilation. In a hellhole of despair, where corpses pile up like mountains and blood flows like the sea, ‘Asura’ finally awakens. I’ll kill every single one of them. It won’t be over until I’ve killed them all. The sole survivor of the Medical Sect’s, Jin Ja Gang. Follow his lonesome path to vengeance!

Record of the War God

Mu Soh Wol opened his eyes 20 years later to stop the cults aiming to dominate the midlands. “Who are you…!” The question of his defeated foes. But they received an answer that filled them with despair… “Mu So Wol... that is my name!” The legend of the War God, forgotten in time, has begun once more

The bow is a weapon that dominates everything in sight, even for targets hiding at distances too far for the eyes to see. Just imagine a weapon you cannot even see targeting your life. What could possibly be scarier than that? A training regime from hell with a brutal grandfather. A joyful trip to Zhongyuan in search of a wife. The rise of a hero who will overturn the Murim world. Ki Guided Arrow - a fresh take on Ki Guidance that is stronger than both the Ki Guided Sword and Blade! Fire the arrow into tomorrow!

There are people in the world that thinks they are the ‘chosen’ of the heavens. It’s been decades since chaos and strife among heroes ensued because of those people. A certain disciple who has six masters has been entrusted with the fate of the central plains. “If you guys are the heavens, then I’m the sword that’ll pierce the heavens.” That was what he’d resolved to do… No one mentioned he was a fatty, though! In any case, now that he’s here, he’ll need to save the… world… Damn it, lose some weight first.

He’s in the deepest part of the Jianghu. Keep your eyes wide open if you do not wish to get dragged into the abyss. Kidnapped children raised for 7 years in darkness for a single assignation mission that goes awry.

After sleeping a total of 10,000 hours inside Idea, the hottest online game around, Lee Hyunsung becomes one overpowered player! He's given an exclusive hidden class with an array of unique skills, and one of which allows him to fight in his sleep! He's slowly making his way up to the top, and everyone from the developers to other players are starting to take notice of this odd rookie. Will Hyunsung eventually become the top ranker in Idea? Or is this all just a dream that's too good to be true?

Youngest Son of the NamGung Clan

This is the story of NamGung DeSo, the youngest son of the NamGung Clan! After losing his dantian in the competition for the position of vice-patriarch, he then faces an unexpected death out of nowhere and regresses into the past… The youngest son of the strongest clan? Such a title is way too bothersome. Let someone else become the strongest person or whatever! Can the former trash of the clan make the most out of his second chance at life?

Tale of a Scribe Who Retires to the Countryside

A scholar who failed the national exams is picked up by a martial arts master and given the task to record his life into a book. Through their journey, Son Bin meets many great people and soon finds himself following the same path as the master, as the Martial Arts King.

I achieved my cozy life of a seventh-grade civil servant by through a lot of hardships and nights of blacking out, so I was looking forward to the weekends where I could relax and have fun, but that night… Is this Baek Rijin, the main character of the novel? When I returned to my senses, I discovered I was in the novel I was reading. Did a seventh-grade civil servant like me became the spoiled young master of the great Jaegal family?! A side character, who has received excessive investments and love since he was young, and now going through a stormy period of his life… The spoiled young master of the Jaegal Family, whom the Blood Demon Cult would annihilate ten years later!?