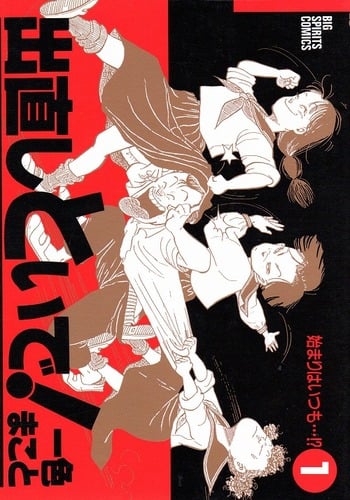 High schoolers Akomi and Ponta Ninomiya are dating. Ninomiya is a massive idiot who has no redeeming qualities aside from being really handsome.

Years ago, Saku moved away from his hometown, leaving behind his friend and tormentor Mihoshi. As a child, Mihoshi constantly forced the bookish and shy Saku to play and look at the stars; and now, as Saku moves back home to attend high school, he prays for a quiet school life free from her grasp. Unfortunately, Saku’s desires are quickly shattered as Mihoshi catches sight of him and convinces him to join the school’s astronomy club. Alongside Mihoshi, the other club members and Hime - another girl from Saku’s past who’s determined to win him over - Saku continues his dreadfully unordinary high school life with a grimace and positive attitude!