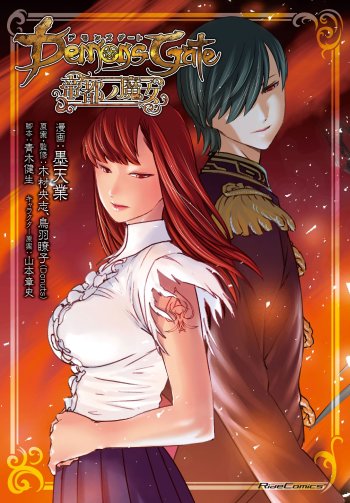 If you're looking for anime similar to Demons Gate: Teito no Majo, you might like these titles.

After hearing of his master's brutal death, Ryu travels to his grave to pay his final respects. In his quest to become a street fighting legend, he finds his arch-rival and murderer, Gouki. Both men are part of the bloodline that suffer from the Dark Hadou curse - a burden that gives great power at the cost of those you love. Gouki has already given into temptation, using this demon strength, but can Ryu defeat this monster and avoid his own tormented fate?

Persona 5 the Animation: Stars and Ours

Persona 4 the Golden Animation: Another End

In downtown Tokyo, walking the streets has become dangerous once the day turns to night. Lifeless demons called "Oni" have taken over the streets and are devouring innocent citizens of Tokyo, leaving them dry and lifeless. Kyouichi and Tatsuma are two high school students who hold supernatural abilities that allow them to defeat the Oni at night. Though they continue to fight what seems to be a never ending battle, they've yet to discover the main threat towards humanity -- the group working behind the scenes in charge of the Oni...