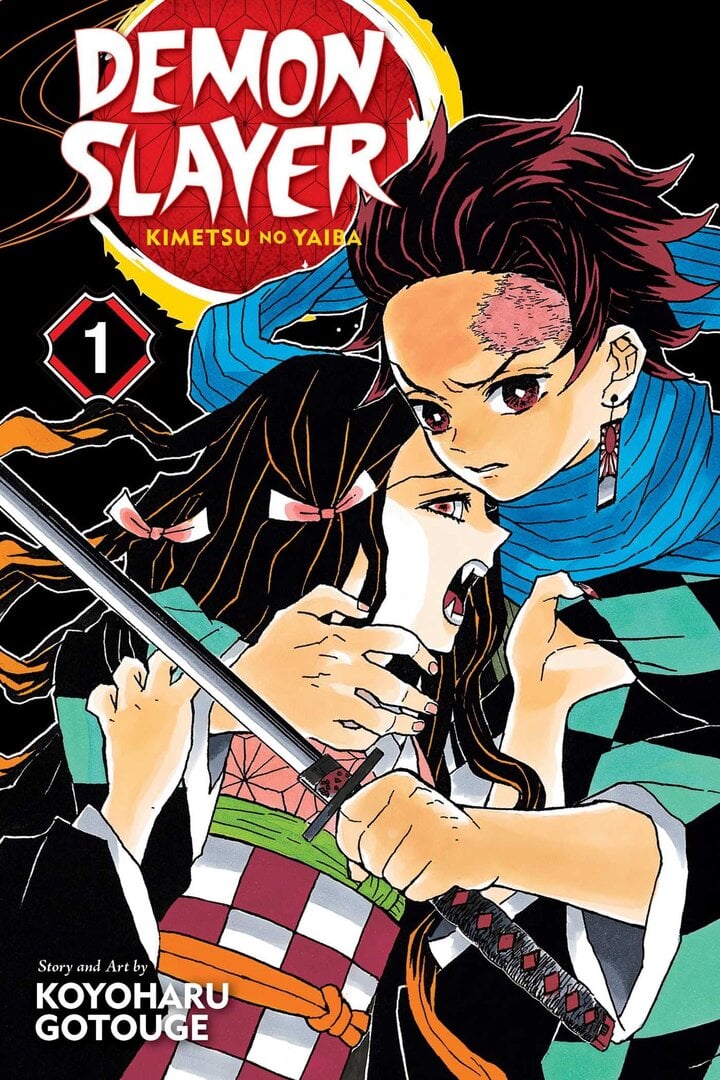 If you're looking for manga similar to Demon Slayer: Kimetsu no Yaiba, you might like these titles.

Rin Okumura is a seemingly ordinary boy living at the Southern Cross Boy’s Monastery. One day, however, Rin encounters a boy who has been possessed by a demon. Amidst the struggle, he not only awakens latent powers sealed within him, but also learns that he is the son of Satan! No longer able to stay under the protection of the church and with his very existence straddling the line between human and demon, Rin decides to fight against his parentage and joins the True Cross Order as an exorcist. Now, the teen must attend the True Cross Academy and begin special exorcist training alongside his new comrades all while keeping his identity a secret; but can the son of Satan really become a true exorcist?

- main characters have a sibling that is important to the story;

While the time periods are drastically different, there is a similar feel to both series as you progress and learn about their respective demon-hunting organizations. Kimetsu no Yaiba is a bit slower to introduce it's characters, but like Blue Exorcist, they all have unique talents and character traits that draw you further into the story.

I wouldn't say the violence in Kimetsu no Yaiba is graphic. However, I'd argue it's a bit darker than Blue Exorcist. (Spoiler free example: there is a scene where a demon breaks multiple humans' necks.) UPDATE: The violence got more graphic.

- each characters has their unique style;

- each character has their own unique style;

- an organization that fights against supernatural beings;

- main characters have a sibling that is important to the story;

- manga that were published on Weekly Shonen Jump;

- main character uses a katana and have elemental themes;

- a horrible event occurs to the protagonist that leads them to fight for others;

I started to read both to replace Bleach when it ended.

This mangas story may not be that great but if you like violence and gore this is definitely for you, the main protagonist is actually a girl named Eruka who is introduced later on in the first chapter

Centered around a girl who can control the greatest of beasts as if she was playing a musical instrument. However, she gets embroiled in a war for supremacy between kingdoms.

Utsuho's truthfulness as a child resulted in an enormous catastrophe, and he decided to lie from that day forward. Raised in a village of orphans by a monk, Utsuho is an unrepentant troublemaker. The monk eventually inspires him to help people, but there's no way Utsuho's going to lead an honest life! Instead, he's going to use his talents for mischief and deception for good!

10-year old Ken (Ken'ichi) Mitsoba is an average kid who goes to elementary school, and struggles with his studies. Meanwhile from ninja land aka Land of the Ninjas, a little ninja named Kanzo Hattori comes, and befriends Ken'ichi. Hattori is now a part of the mitsoba family along with his brother Shinzou, and his ninja dog, Shishi-Maru. Hattori helps Ken'ichi with his problems, and constantly keeps an eye on him, as a good friend.