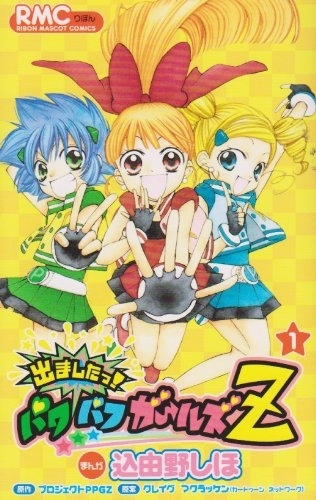 A betrayal. A reluctant leader. A journey like no other. Evil Mumm-Ra's attack on the city of Thundera destroys the cat civilization, leaving only a band of survivors - Tygra, Panthro, Snarf, Cheetara, Wily Kit and Wily Kat - and young prince Lion-O, the surviving ruler of his people. As the threats of Mumm-Ra ring in their ears, these determined cats know what they must do: find the Book of Omens, which holds the key to their future. Using his powerful Sword of Omens to achieve "sight beyond sight," Lion-O guides his friends across the lands, facing vicious foes and making new allies.

RWBY imagines a world filled with horrific monsters bent on death and destruction, and humanity's only hope is dependent upon powerful Huntsmen and Huntresses. Ruby Rose, Weiss Schnee, Blake Belladonna, and Yang Xiao Long are four such Huntresses in training whose journeys will take them far past the grounds of their school, Beacon Academy. Though each may be powerful on their own, these four girls must overcome dark forces and work as a team if they truly hope to become the next generation of Remnant's protectors.

Rick and Morty: The Great Yokai Battle of Akihabara

Rick's toaster is broken. To repair it, he and Morty must go to Akihabara to find the perfect screw, and battle an old rival along the way.

In the wake of the Great Tokyo War, Japan, as the world once knew it, no longer exists. What remains is a fragmented network of independent nations ruled by heroes known as Bests. Each Best commands an army made of the Rest as they seek to conquer anyone in their path. Enter Nozomi, Yukina, Ai, and Chiaya. These four intrepid and adorable girls are ordered by their Best to travel across the country by motorcycle, keeping a watchful eye on the field of battle wherever they encounter violence between warring nations!

The Baby Felix and Friends Show follows the adventures of a young Felix The Cat and his baby pals as they find fun and mischief along their zany travels.