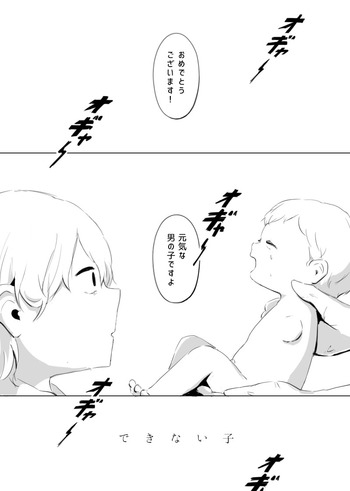 The vast majority of Avogado6's oneshots which I've read, I've rated as 4/10 or below. And this one is no exception to that pattern. Part of the issue with this one specifically, but also with several of the other ones, is that the extreme shortness which the author has chosen to use forces the author to be heavyheaded in order to evoke a depressing emotion in the reader. There's no nuance or subtlety or complexity. It's like being beaten over the head with a mallet. Sometimes, in infrequent cases, Avogado6 has managed to make engaging oneshots despite the short page count, but that was not the case for this one here. At least not in my opinion.

The moral of the story is: "words matter--they can build people up or they can tear them down--so be mindful of what you say." It's a fine enough moral, I guess, though perhaps the core problem is that the author wanted there to be a moral to the story at all.

Really sad.....Only read it if you are good with controlling your emotions...