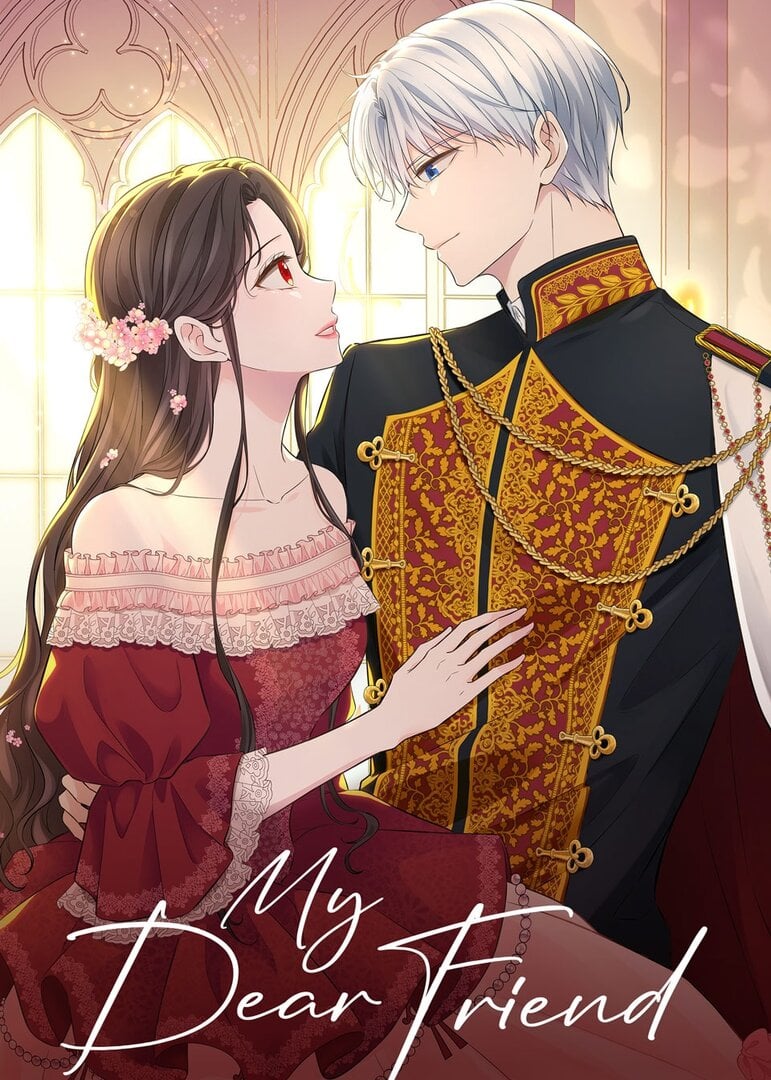 Woori is heartbroken when she finds out that her favorite character Lancelot dies tragically in the novel "The Flower Raised her Sword." She knows too well that the butler suffered from his one-sided love for the heroine Charlotte and even gave his life to avenge her death. So when Woori wakes up in Charlotte's body, she's determined to steer sweet Lancelot away from his miserable fate. But with the original Charlotte making a reappearance, as well as the villainous Duke Vestia, things might not be so simple after all. Can Woori guide Lancelot to his happy ending without revealing her true identity?

I was reincarnated as the young lady of a Marquis. Emir Sharon, who has no significance in the novel and her goal is to live a peaceful life! I met the main characters of the original novel as kids in the imperial kindergarten, which I'm currently attending to. I can't believe that I'm meeting all the main characters! I was happy for a while but somehow, everyone doesn't seem to be so happy with me. But I can't miss the opportunity to build a strong connection with the future protagonists. Emir Sharon is on her quest to getting close to the main characters finally begins. And when I finally come to my senses, I'm in a situation where everyone is keeping each other on check just to take the seat right next to me. What am I going to do with these kids who already glued themselves to me?

The Destroyer fell in Love with Me

Out of one mistake erupts an exciting and intense romance story! The day after finally paying off all of her student debts, Amelia wakes up to find that she has been teleported into a novel she loves… But as the daughter of a count who has the kind of debt that takes one’s whole life to pay off! She heads to a bar to drink away her sorrows, but ends up drunkenly spending the night with Duke Kyle, a man on the fast track to self-destruction. She tries to get away from the Duke and his notorious reputation… But will Amelia be able to change fate and give this love story a happy ending?

Muisel was reincarnated into the novel <Merisia> as a side character. Muisel is destined to die from a war that the main character decides to commence. Fortunately, Muisel acquires the ability to see the past, ‘Psychometry’. She aims to use her ability to change the future for her new life, family, and her friends.

After the gods dropped her in the world of her favorite fantasy romance novel, Lithera was quick to realize that happily-ever-afters were never easy to get. Given another shot at happiness, she is now determined to avoid the mistakes of her previous life, starting by meeting the sweet and caring Grand Duke she spent years exchanging letters with… Another typical female lead, with another typical Duke, promised to Wed. Will this story go the typical path we all expect?

I Met the Male Lead in Prison

One day, I opened my eyes and found myself in... prison?! That's right. Out of all the characters I could've reincarnated into, I woke up inside a 19+ rated romance novel as the villain's younger sister. To make things even worse, I was locked up inside the infamous Kambrakam Prison for my brother's crimes. Deep within the very same prison lies Henrich Doran von Hel, who's rumored to be suffering from a curse that turns him into a beast. In the original novel, he's supposed to meet the female lead and spend an erotic night with her here in prison... but of course, the plot's gone awry thanks to my existence. What kind of future lies in store for me now that I've gotten myself tangled up between the novel's greatest villain and its male lead?!

I Became the Wife of the Male Lead

I possessed the body of “Fiona,” the final villainess whose soul was sentenced to eternal suffering after her gruesome demise at the hands of the world’s hero. She was tortured by her own family just because she was an illegitimate child. And so… arriving six years before the start of the novel, I was sent to war at the age of thirteen! Fortunately, as the story’s greatest villainess, Fiona was a genius mage. I had to survive the monster invasion. But now, I couldn’t be in the middle of a battlefield. Just before I ran out of breath, I encountered the teenaged male lead.... Why is he here? Well, if the male lead dies here, then the world will be destroyed. So, let’s save him first!

Plonked right into the world of a novel she once read, Sophie simply wishes to live out the rest of her quiet life in the background. Who could ask for a better place than the sleepy village of Pellun? And it was wonderful, peaceful... until knights came in searching for Lady Amelia. The Amelia Cedric from the most powerful noble family in the Rohatin Empire?! Wait, it can't be... I'm just an extra !

Amelie Bourbon is a witch, destined to die at the hands of her lover, the ruthless tyrant Serwin Hennessia. So when ordinary office worker Lee Suyeon is reborn as Amelie, she vows to change the ill-fated story. The problem is the “calamity” sealed inside Serwin’s body, which threatens to ruin him and the entire world, can only be calmed when he is near Amelie. As she grows closer to Serwin, Amelie must hone her magic to subdue his violent impulses, but can she defeat calamity once and for all?

Ertha Arlez is an impoverished purifier looking to provide for her family. Duke Zahid El Callenor is a wealthy and powerful magician looking to cleanse his evil energy. The two seem like a perfect match… except that Zahid is fated to eat Ertha alive! Ertha must keep the duke at arm’s length for her own protection, but the intimate purification process combined with Zahid’s nonstop flirting make that nearly impossible. Can she stave him off and stay alive, or will she be consumed by passion?