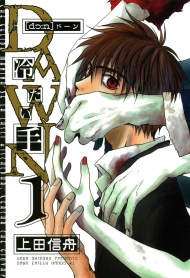 Takashi Nagasawa wishes he could once more be a typical high school student. For after being bitten by a rat in the science lab, he discovers he's become infected with Nightshift, a disease that turns its host into a zombie. As the infection is still a mystery, Takashi finds himself under the close scrutiny of a shady doctor who instructs him to hunt down others that have completely turned, so that his friends and loved ones can remain safe from harm. Takashi must now try to balance his school life, a budding crush with his classmate Kyouko, and must try to survive his affliction, all the while doing the biddings of the mysterious doctor.

706 users are tracking this. Log in to see stats. 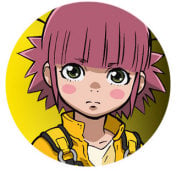 I've had this series on my MAL for a while. Dawn Tsumetai Te is a 38-chapter horror manga aimed at girls. This is obvious by the fact that the art is quite feminine and simple and the characters are the main focus of the storyline (it even comes with a romance subplot). Takashi Nagasawa is a regular high school boy who is a bit quiet and keeps to himself. On the way home one night, he sees a car crash and goes to investigate. As he draws closer, he is attacked by a mutant rat and goes to hospital to get treated. However, some strange scientist tells him he's been infected with a deadly virus and in order to get some experimental medicine (that might not even work), he must fight the "Nightshift" while the scientist/s research ways of managing the virus in the city.  The way the series is written to understand the characters and what they are experiencing makes this series quite interesting and different to what I've experienced. Flaunting the horror tag, I expected the series to be gory and full of fights, but fighting takes a back seat to the story. Nagasawa, understandably, is very shaken by his circumstances. He becomes even more isolated and loses sleep over the fights. His nightly activities lead to a noticeable change in Nagasawa's attitude. He skips class, leaves early, and is even more quiet than before. Nagasawa loses sleep and he becomes paranoid and easily spooked. The way the author expressed his change across the series was refreshing and an effective way of explaining that Nagasawa was just a normal boy. Kyouko Shirai is Nagasawa's crush and the other half of the romance subplot. She's a smart girl that seems to be relatively popular, which leads to why Nagasawa likes her. Unfortunately, her parents' divorce makes her hate tall people (Nagasawa is tall) as her father was always so distant and never looked her in the eyes. Kyouko grows curious about Nagasawa's hidden life after he leaves class early several times and is seen sleeping during lessons. She stays around just a little bit too late to test what he's hiding. Even after being told to go home early, Kyouko still naively ends up in danger, only to be saved by Nagasawa. While this may be a common trope of Shoujo series, Nagasawa isn't very expressive in his feelings for Shirai and Shirai is more shaken by the danger she faces rather than being head-over-heels crazy for Nagasawa. I liked this part of the manga, which contributed to making the characters more real in its simplicity. Many series of the same genre have the girl be a ditzy mess who just falls madly in love with her saviour (see Nemuri Hime for an example of a crazy girl). Shirai eventually comes to be a friend to Nagasawa, but she remains unaware of how the two appear to other students when they are together.  The pacing of the story and subplot is well-managed in the 38 chapters of the story. Nagasawa learns more about his condition and the enemies he faces, with juicy tidbits revealed as the chapters progress leading to changes in the main characters as the threat of the Nightshift increases. The danger builds steadily through the chapters. Events are foreshadowed simultaneously as the protagonists attempt to live in normality knowing there's danger lurking around the corner. The constant story climaxes keep the reader interested and make the middle - late chapters a pleasantly quick read. The final climax comes quickly and is a bit out of the blue--it's like the author hadn't planned on ending the series so quickly and then realised she only had a few chapters to go before the commission ran out. While I described the art as obviously Shoujo, I personally didn't like it too much in several areas. As for the positive parts of the artwork, the covers of the manga and the gory/shocking scenes were drawn really well. The choice in colouring technique for the covers was very appealing while being eerie at the same time. The gore scenes were drawn with thick, messy lines to enhance the fear. Speech bubbles in particular had long lines to denote surprise and fear (A good example is the first page of chapter 27). The backgrounds were in proportion to the characters but a realistic setting meant that they consisted of classrooms, trees and buildings. Many of the backgrounds are very simple hallways and paths to make the characters stand out more. Obviously, that means you're not drawn to seeing them, so reviewing the background art is a bit difficult.  As for where I didn't like the art, overall, I felt it was quite messy and lazy. the characters' faces had large eyes with super narrow irises. In side-portraits, characters had the typical major slanted forehead and eyebrows extended past their faces. The narrowness of the irises bothered me a lot even though that's what they are normally like in side view pictures.  Overall, Dawn Tsumetai Te is a very good series that has its main focus on the characters as opposed to the gore and violence. I feel it deserves an 8/10 for it's interesting approach to a horror manga.