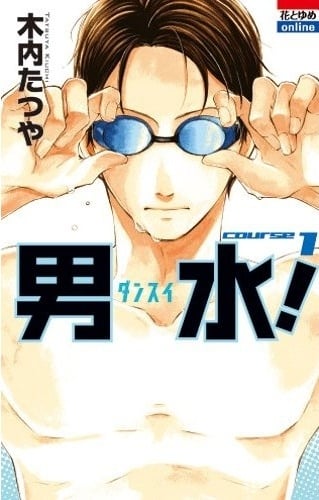 In search of her mother, Nagi, a girl from a desolate country village, comes to a big city and enters Swimming Suieikyou High School. Shortly after joining the swimming club, Nagi finds out that the pool is actually completely dominated by boys! But in this never-practicing so-called swimming club Nagi finds something...

Konashi is a hard-working swimming buff who's focused on becoming good enough to land himself a spot in the upcoming summer swim competition. One day while heading to the pool to swim as always, he spots a guy he's never seen before standing on the jumping board with his clothes and shoes still on. As it turns out he's Eguchi, the resident class "mystery" who's only ever attended one of his classes. As they get talking, Konashi realizes he's nothing like the rumours made him out to be and so began a quirky brief friendship that leaves a strong impression on him even years later.

All the girls are crazy over the swimming prodigy Wakatsuki Ran. Ageha, who wants to find love but isn't really looking that hard, bumps into him one day, and after surviving his sarcasm instantly pegs him as a "stupid, obsessed swimmer". Nonetheless, she is amazed by his talent and asks him to teach her to swim like him. How will their relationship develop?