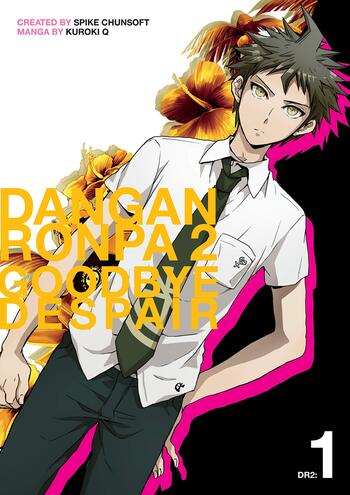 Follows rookie lawyer Naruhodou Ryuuichi (Phoenix Wright) and his assistant Mayoi (Maya) as he defends his clients in a court of law. With limited evidence and logic as his only weapon, can Naruhodou turn the case around when all the odds are stacked against him?

The winner of the first edition of the King's Game is transferred to a new school. After being initially afraid to make new friends, traumatized by his experience in the past, he starts to forget the King's Game and sympathize with his new friends. That's when the new King's Game starts...

To search for a missing friend, six people go to a closed theme park, "Birdcage Castle" which they thought to be deserted... however, in there, groups of two people are chained to each other, and now, the game of death begins!

A female entertainer typical to Japanese traditional customs, finds herself swept into the world oh so familiar, and yet so different from the one she lived in so far.... a world where she has to fight to survive.