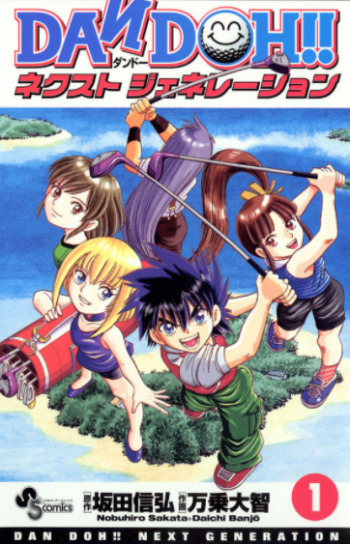 The story of Hyoudo Shin, son of professional golfer Hyoudo Masashi. He idolizes his father, but they’ve never played together– not since the death of his mother. Masashi demands a certain level of proficiency from his son before they can play together, but when he reaches that level (still in grade school) his father is coaching someone else– the son of a rival who can no longer play. So what else can Shin do? Become the rival of the kid his father is coaching! Actually, that's not what this manga is about. You’re told that story so that you can then discover the real story– that of Hoshino Subaru– the son of a former golf pro now in a wheelchair. He had to give up basketball because he has a heart condition, but golf? He just might be gifted at that, with a swing that hooks his ball high in the sky…