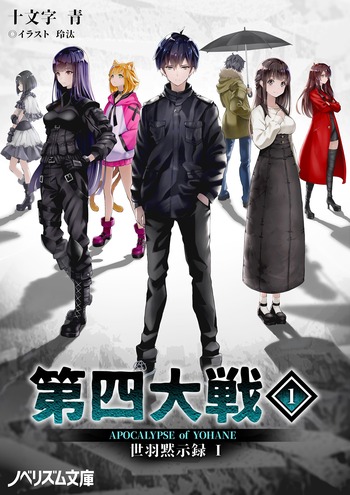 If you're looking for anime similar to Dai Yon Taisen (Light Novel), you might like these titles.

Two polar opposite men lead a group of outcast “defectives” in fighting a society that hinges on futuristic mind-link technology.