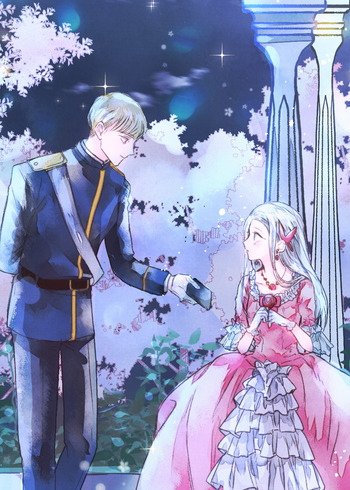 If you're looking for manga similar to Daddy, I Don’t Want to Marry! (Promo), you might like these titles.

The Taming of the Tyrant

All Charlize Ronan ever wanted was to bring honor to her family. But instead, she is forced into becoming a “living sword” -- a mere tool for the emperors. It is from this hell that she prays for justice… and awakens in her former body. Now, determined to tear down this horrible empire, Charlize seeks out the young prince, Dylan Blade. She will put him on the throne, not as an honorable ruler, but as a tyrant. It is time for Charlize to tame the one who will bring forth her revenge.

Both are girls who have been through sh!t and just wants to survive and get revenge on their scummy enemies. This manhwa has a nice family though and it's just that the father was one of those cold on the outside, loving on the inside. Too bad the daughter didn't see it and thinks the father doesn't like her.

The Tragedy of a Villainess (Promo)

The Kids Have Changed

Nara Lee, an ambitious and diligent 35 years old, has finally achieved her dream: buying a rooftop apartment! Little did she know she wouldn't have time to enjoy it, as she ends up reincarnated as the 8 years old Sharon Atrina, a side character in her favourite webnovel, "The Queen's Extravagant Outing." As Sharon, a wealthy and beautiful noblewoman, she has everything she could possibly want, but she's destined to die a pitiful death at the age of 20 after being betrayed by her best friend, Carol — the villainess! Rather than waiting for death, she takes it upon herself to raise Carol — whose terrible personality resulted from bad parenting — into a better person, and save both of their lives to change their future!

The Hero Proposed to Me (Promo)

A girl from the modern world aspiring to become a pop idol slips into the body of Ashley Verrence, the main villainess of the novel she was reading. In the original story, Ashley was a crown princess who lost favor with the prodigal crown prince and ended up being executed. The new Ashley has one year to change her destiny and her first steps towards a new future start with preparing a play using her modern knowledge. Can she make amends and escape her death?

The Grand Duchess of the North Was Secretly a Villainess

Eloise Wayana, the grand duchess of the North, is executed by Emperor Caien Helisis after it is revealed that she was secretly a villainess all along. This marks the end of season two of the latest trending web novel, “The Crown of Blood.” As one of its avid readers, Kim Dakyung is eagerly waiting for the next season when she is suddenly hit by a truck on her way home! But once she reawakens, she finds that she is in the body of the grand duchess herself and has been teleported back to the novel’s beginning. Already knowing what road Eloise will go down, Dakyung is desperate to change her fate and survive until season three. Lucky for her, a younger version of Caien falls right into her hands, and she is going to do whatever it takes to keep him on her side.

The Hero Proposed to Me (Novel)