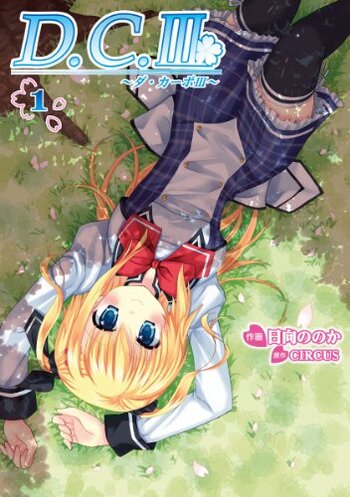 If you're looking for anime similar to Da Capo III (Nonoka HINATA), you might like these titles.

Orihara Kouhei returns to his hometown after a long disappearance to fullfil the promises he made to several girls in his childhood. He suffers from memory loss, and carries a tragic past.

Yuuki Oojima and his childhood friend Chisato Sumiyoshi belong to the Food Research Club, a sociable place in school dedicated to chatting and taste testing the latest snacks. Other members include their close friend Mifuyu, Yuuki’s self-proclaimed homosexual lover Yume, gadget developer Nozomi, the inseparable duo Ai and Kii, reserved Michiru, and an advisor who drinks all day. But with the next student council presidential election looming, popular candidate Satsuki plans to preserve school funding by terminating obstructive clubs - including theirs! Realizing the Food Research Club is in jeopardy if she is elected, the members declare a presidential campaign of their own. Can Yuuki and his invaluable friends win the election to protect their precious snack-eating society, or will they be disbanded for good?