Curtain's up, I'm off - Recommendations 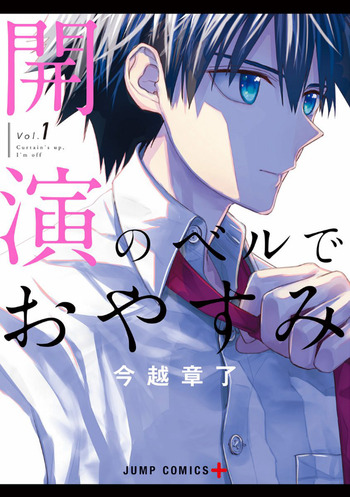 Yanahara Taichi joined the Acting Club for the first time, but the only problem is that he gets too embarrassed to do anything! As the 3 girls in the Acting Club help him with his troubles, Yanahara eventually gains the courage to do something outrageous, but it only stirs up trouble!

It was love at first sight for Iwaki Kei. Entering the drama club was to get closer to Kyoumizu, but the only roles Iwaki seemed to get were Passerby A or commoner B. On one fateful day, Iwaki saved Kyoumizu who was suddenly attacked by someone, and since then, he was called the "Princess' Knight." Jealousy from classmates ensued, but Iwaki did not seem to be overtaken at all. And, Kyoumizu has also become attracted to his charm... the topic of Happy School Life!

Oniwa Asahi's just starting his high-school life, and he's decided it's time to turn over a new leaf and learn how to make friends and get to know those around him. How does someone who's terrible at interacting with other people go about doing that, though? Turns out, it's as easy as joining the Theatre Club and its quirky cast of characters, including the captain Imari, who seems to have his own issues opening up to others.