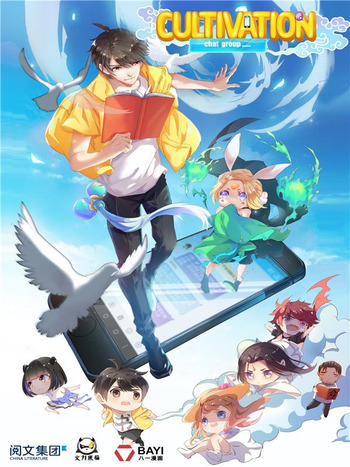 Leo, a common middle school student, was accidently invited to a Wechat group full of miracle figures, such as Lord of Thunder, Mother of Lightning, Mighty Miracle God…since then his life became totally different with wonderful equipment he got from the wechat group.

The Great Thousand World. It is a place where numerous planes intersect, a place where many clans live and a place where a group of lords assemble. The Heavenly Sovereigns appear one by one from the Lower Planes and they will all display a legend that others would desire as they pursue the road of being a ruler in this boundless world. A boy from the Northern Spiritual Realm comes out, riding on a Nine Netherworld Bird, as he charges into the brilliant and diverse world. Just who can rule over their destiny of their path on becoming a Great Ruler? In the Great Thousand World, many strive to become a Great Ruler.