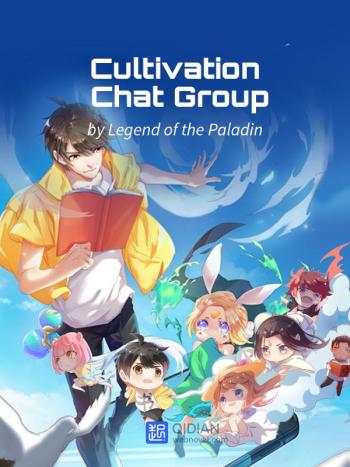 Easily the funniest and the best novel I have read to date.

Although it isn't a written masterpiece like Lord of the Mysteries or a god-tier Cultivation novel like Reverend Insanity, Cultivation Chat Group comes pretty close to the two series in terms of enjoyment.

This novel strays from the cultivation norm and tackles the stereotypes of Cultivation, while bringing in an easy-to-remember cultivation system set in the modern world. It is a combination of Cultivation, Action, and a Slice-of-Life. The main character is a riot as well as powerful, the chat group element is hilarious, and this novel even sets up a harem for our MC! The rest of the characters introduced in this novel are also interesting and funny, and I can't hate a single one.

The only downside, which is also a plus-side, is that the series is a whopping 3171 chapters, with around 1800 chapters to date being officially translated in English. When I first started this novel I was afraid, that like most Cultivation novels over 1000 chapters, that there would be filler chapters. However, this isn't even close to the truth. Every single one of the 3000+ chapters in this novel matter to the story, and as a reader I was so happy that there was so much novel chapters.

If y'all need a summary:

Song Shuhang is a normal 18-year old college student who one day gets accidentally added to a chat group in which its members discuss about cultivation-related topics. Shuhang, a realist, doubts the sanity of everyone in this group, until one day a body tempering liquid recipe he tries to refine as a joke ends up producing actual body tempering liquid!

In disbelief of his discovery, he decides to try asking the 'seniors' in the chat group for guidance and ends up stepping into the world of Cultivation quickly by performing various favors for these seniors.

Later in the novel, one of the favors of the chat group seniors is to welcome the prominent, extremely lucky, curious, and charming Senior White out of his long period of 'closing up' (meditation) and introduce him to modern world. Shuhang's luck in terms of cultivation begins to skyrocket after meeting White, as well as his misfortune. Various events are covered throughout the novel, involving Shuhang, White, and various members of the 'Cultivation Chat Group'.

This novel covers Shuhang's adventures starting as a rookie body tempering Cultivator as he explores Earth, space, and otherworldly realms; makes a movie; eats a lot of food; watches duels; all while quickly increasing his cultivation progress in the process!