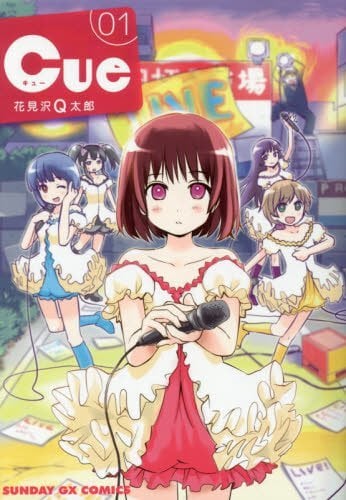 Takaishi Minori is a cute and perky female fast-food worker who is adored by all the female customers because she looks like a teen idol--a MALE teen idol. Minori is a tomboy and has short hair, so she is often mistaken for a boy. One day after work, Minori spots an unfair fight going on, and leaps into the middle of the fight, ready to even the odds…only to be mortified to learn that she landed right in the middle of a music video shoot for the popular boy band GOLD! She is dazzled by Tomoya, the leader of GOLD. Minori apologizes for her mistake and is about to continue on her way, but not before one of GOLD’s managers sees her and gets a great idea…

Everyone dreams about being the next J-Pop Idol! Best friends Mika, Kay, and Naomi win a nationwide singing contest, setting them on their way to stardom. But only Mika is offered a recording contract, and if she takes this chance to pursue her love for music, her friendship with Kay might be finished! And when Mika meets Ken--her boy-band idol growing up--she might have found more than just a music producer who promises to make her a household name. But it isn't long before she discovers that Ken is paying his own price for his love of music...