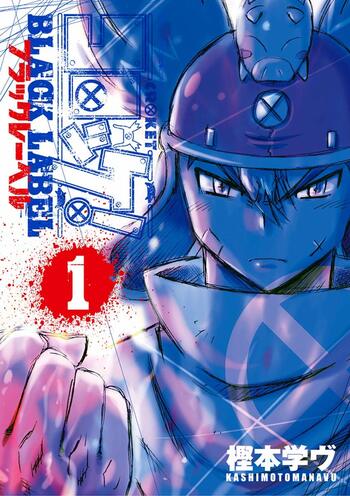 Wrapped in snow and ice, a country of severe winter. In the country that has lost its spring, the populace freeze, starve, and compete amongst themselves for rations to live another day. When a girl who hides in herself an earnest desire and an old knight that is wanted by the country meet in a hellish world, an adventure that will overturn the world begins. With the kingdom as their enemy, they will take back everything that was stolen.

Diamond in the Rough

A world where "stone" is at the center. Akaboshi, an ore craftsman visits an underground village and meets a boy whose left foot is petrified. The boy's goal is to find the man with a three-line piercing but he holds a secret...?! The two of them set off on a journey to save his family!

A jungle and war victims: these fragments constitute Yo Mizunashi's leftover memories.  A doctor's son, Yo questions whether these pieces of his "past" aren't just constructs of a delusional mind. He forces himself to remember and in seeking his personal truth, alienates himself from his peers and presents school bullies with an easy target.  One day, while he is being harassed, a mysterious man with a gaping wound on his abdomen appears before Yo and his tormentors. Yo hastens to help the stranger and in return, learns that his unexpected patient goes simply by the name "R" and that R trades in secrets.

Luca's friend Will, who is from a lower-class segment of society, has gone missing. Luca's only clue to find his friend is his fondness for a certain club in the entertainment district, where a woman named Yue performs. Will had always said they should go there together sometime.When Luca goes down alone to try to speak to Yue, though, he ends up being beaten badly. Luckily, Yue herself finds him, and takes him to her friend Takaomi to be patched up. It soon becomes clear that Will has fallen victim to a chimera sickness that is becoming common in the lower classes. Luca is determined to find his friend, and to save him.

The story is set in a world years after a young adventurer vanquished the dark lord Diabolos and brought peace to the land. With Diabolos' resurrection, the boy sets out to defeat him again, but has not returned. Now his friend and fellow adventurer Kai sets out to find him and see if what he said is true. Journeying with Kai is Izayoi, a mysterious boy who can communicate with demons, and Jend, a dark elf seeking vengeance against Diabolos for the extinction of his race.