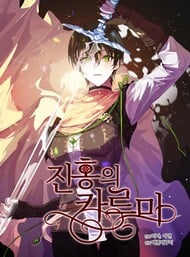 Kasiya Del Roman is a soldier crafted to become an assassin. She lost her human emotions long ago and lived her life as a simple tool, just to be thrown away in her final moments. She couldn’t even die a proper death as she opened her eyes to a battlefield of a different world. Will she live the same life she did in her original world?

The story is super interesting, the whole overpowered female knight demeanour pulls me into the story and makes me love Kasia even more. I can't wait for more chapters to come out!!!

Of course, the story is super interesting. I would recommend y'all to read it if you haven't yet, so if I were you, I would stop whatever I was doing and start reading.

This is what happens when you have an author that takes his work seriously, there is little out of this manhwa so far but the start is a good indication. While 99% of the stories just start with a ridiculously rushed and dumb betrayal, death and transmigration, all packed as sardines in a few pages, Crimson Karma, starts building the character from the start, it explicitly shows who the MC was instead of just saying "the top mega assassin with god medical skill", the reader gets to know what made her what she is and what burden she carries (albeit rushly) and by the time she transmigrates the author had me, well that's a nice start, it's the same thing I've read 80 times already but done properly. Following the same lines, she doesn't miraculously gain the host's memories or has a 180° change in her personality, the author seams to try to be consequent in her story and give a proper sequence and justification to things which is just how I like it.I don't know how this will progress in the future but man I have big hopes for this one, I'm a fan of fantasy in general but unfortunately most manga, manhua and manhwa are just to... lacking in storytelling, build-up, world building, either some or even all of them, and the worst and most common of all, put dumb comedy ahead of a good story, this one on the other hand seems to be going in a good direction.Edit: still interesting now that it's reaching the 100ch hurdle, but it's not so good anymore, the pace is suffering somewhat at times, and the romance is kind of annoying, the MC is justifiably obtuse and the manhwa focuses too much on relations at times without really moving forward in any direction.Also, and mainly, the author started forcing things too much, after using the same forced plot-tool twice to increase the possible male leads, this shows no sign of changing, as @AM_Woody says, by ch.95 it's getting annoying and dissapointing. I'll keep reading since it was a great story and I hope it gets back in track, but they rarely do.