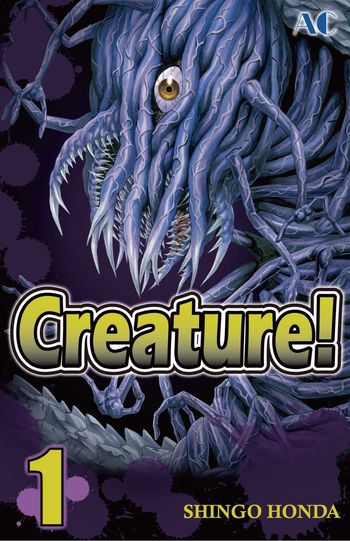 In all honesty, not many in this subgenre break that formula. So the question then becomes, do they pull it off well? In this case, I would say the dreadful atmosphere and mysteriousness surrounding the monsters at the beginning are the highlight.

No one can deny that the pure concept of waking disoriented and confused, unsure what to do; eventually meeting with some dangerous force that has destroyed the world as you know it is pretty darn terrifying. The artist uses lighting, varied and interesting creature design to pump up the tension. There are some undoubtedly creepy moments to be seen in this work.

Now of course because this manga still a rigid formula, it has some major flaws. Main protagonist is a generic good guy whose in denial over the death of his friends. Sometimes bodyparts are thrown about for the hell of it. You maybe will end up faceplaming at the other characters’ dumb horror movie syndrome.

If I had to sum my thoughts up in a sentence, then it would be this.

Is this the best horror manga? No. Is it one of the best in its subgenre? I would argue yes. I mean, at least we’re meant to cower in fear of Eldritch horrors and not goldfish or chickens.

This subgenre is different that’s for sure.

it's just trying to make disgusting scene to make it feel horror bit makes it horrible. It's just rushing surviving and there is no real story line. lame